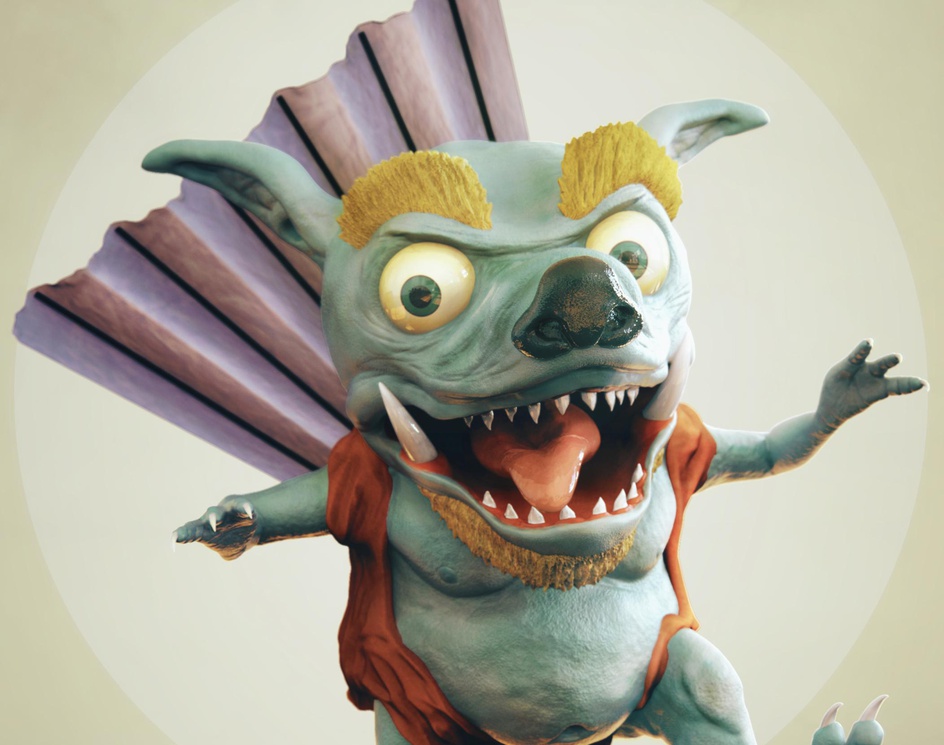 Furuōgi is a squat, hairy yōkai with an old, worn out folding fan sprouting from its back.
Furuōgi appears in some of the earliest Hyakki yagyō emaki, pictures scrolls of the night parade of one hundred demons, along with a number of other tsukumogami. Early yokai scrolls did not give names or descriptions, so nothing about furuōgi is known other than its appearance. Even its name was added much later.