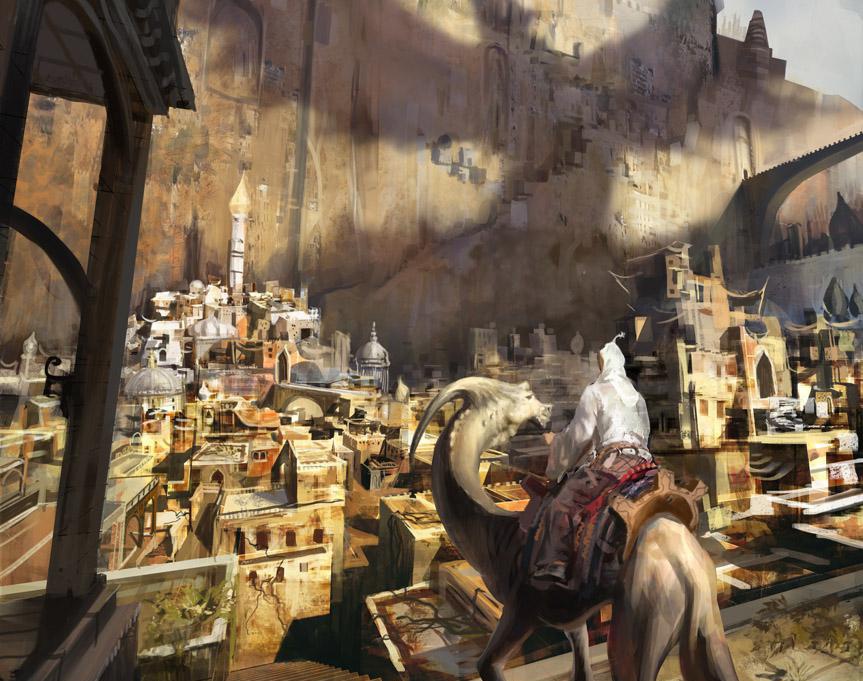 Squawk of the Shadow

This painting was chosen for the print in ImagineFX Rising Stars 2011 magazine, which I am very proud of. My idea was pretty simple - a man approaching an arabic city on speedy camel. It sounds almost enough for a nice painting, but I wanted to show a power stronger than humanity. Capturing the creature in frame would be another one in a row with paintings with big monsters. I had in mind wonderful shadow shapes after walking in nearby forest and it became a perfect fit for this painting. I don't really know the exact story - but I feel two ambivalent emotions anxiety and calmness at the same time. It is a game of colours, shapes and moods.