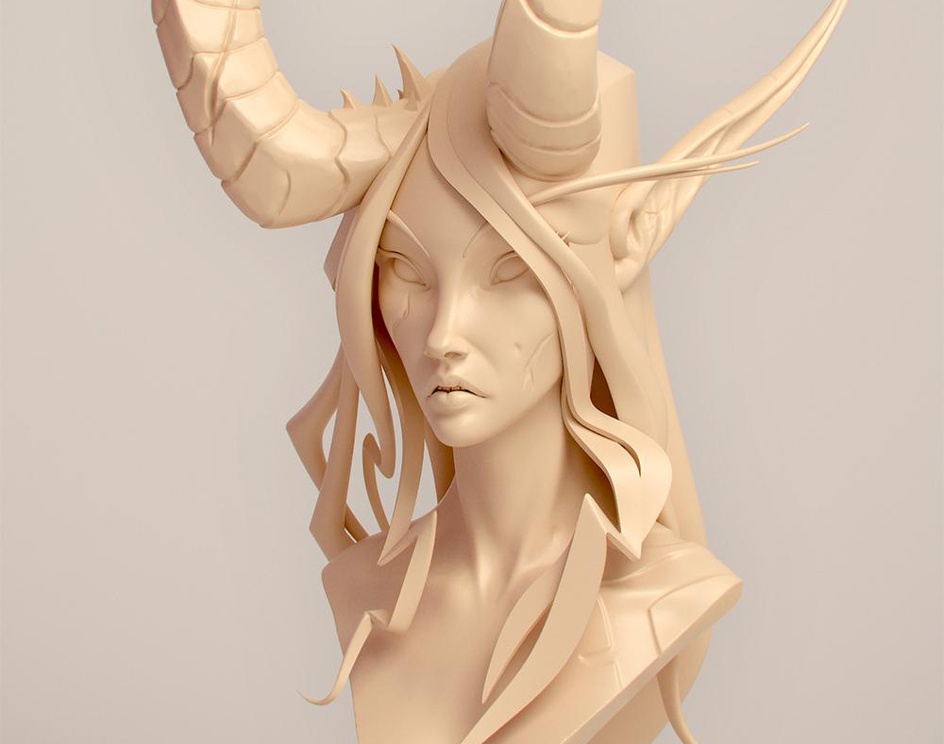 This is a fan art bust after a concept from Tyson Murphy (http://tysonmurphy.tumblr.com/image/126192758469) done for World of Warcraft: Legion. My goal was to translate the concept with high fidelity, as much in the face as in the stylization of the hair. I tried to work a sense of contrast between the softness of the facial feature and the roughness of the horns.