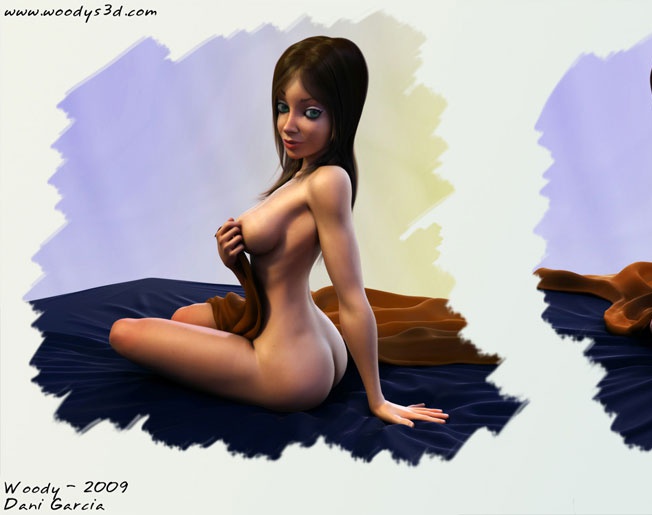 This character is a rework from an old character of mine, wich was also based on Dean Yeagle's characters. This time I wanted to give her a much more realistic look, so I don't think I can call this style cartoon, but maybe something like stylized, as she doesn't have real proportions or textures, although they are close to them. I'm planning to create different images with this character, but before starting with the clothes, for the first one I wanted to show the character giving her a couple of different poses and expresions to make it more interesting than the modeling pose. Even if this time I'm not trying to recreate Dean Yeagle's style, as I was trying to the first time, I want to give him credit again, because his artwork is a great inspiration for me. Hope you like it!