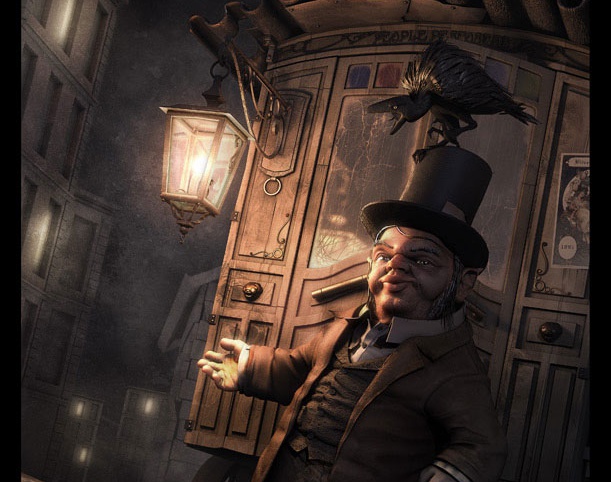 The picture was inspired by a lot of stuff, mainly real old freakshows and films like Elephant man or Freaks. Also an old global london/paris 1900 mood. I tried to get a nice mood, atmosphere. I worked quite some time on the character and tried to put some sort of ambiguity into him... He's also a bit inspired from the pinguin character in Batman 2 movie in a way. That's the first time I really use mental ray for a finished work with a traditionnal lighting.