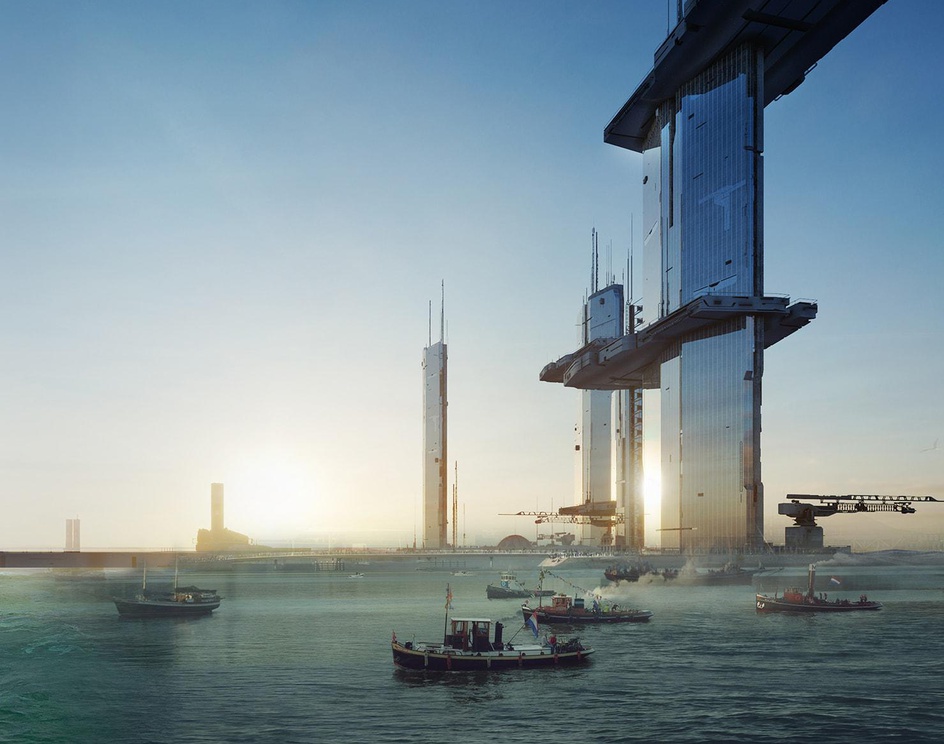 Architecture is the art of identifying the key criteria of a project: What is the biggest problem? What is the greatest potential? We are always dealing with different questions according to that specific context. Context comes from the Latin "Contexere" meaning "to merge together". In an architectural sense, context can be perceived as the unified whole that gives meaning to the various parts of the building. so, Rather than arbitrary aesthetic or stylistic prejudice, all decisions should be based on project specific information. In that sense, we can make sure that our cities and buildings actually fit with the way we want to live our lives. But these are not the things that we are seeing in today's Middle-East architecture. In large scale, we see the arab cities of the persian gulf which are more like another new york or london (skyline). The original architecture that in late 19th century was influenced by traditional persian, Indian and Islamic designs, currently becomes a base for inviting business corporations to make buildings tall and taller. In small scale, we insanely face with increasing demand of "western neoclassical style" for residential and public spaces in tehran ,isfahan ,shiraz (iran) which are the most cultural cities in the country. Architects (builders) instead of inspiring by their rich traditional (vernacular) design concepts (which we can see in remaining buildings), start to make another roman temple and basilica in the middle of historical contexts. What's the reason behind that ? Obviously we can describe the situation in many ways (particularly in cultural and Sociological perspective) but in my eyes, because architecture is always at the service of politics and economics, its styles can be understood as corresponding to specific models of society and socio-economic epochs. For the ancient Greeks, the word "politics" literally meant "the activities of the city" (polis), and was opposed by "oikonomics", which described the