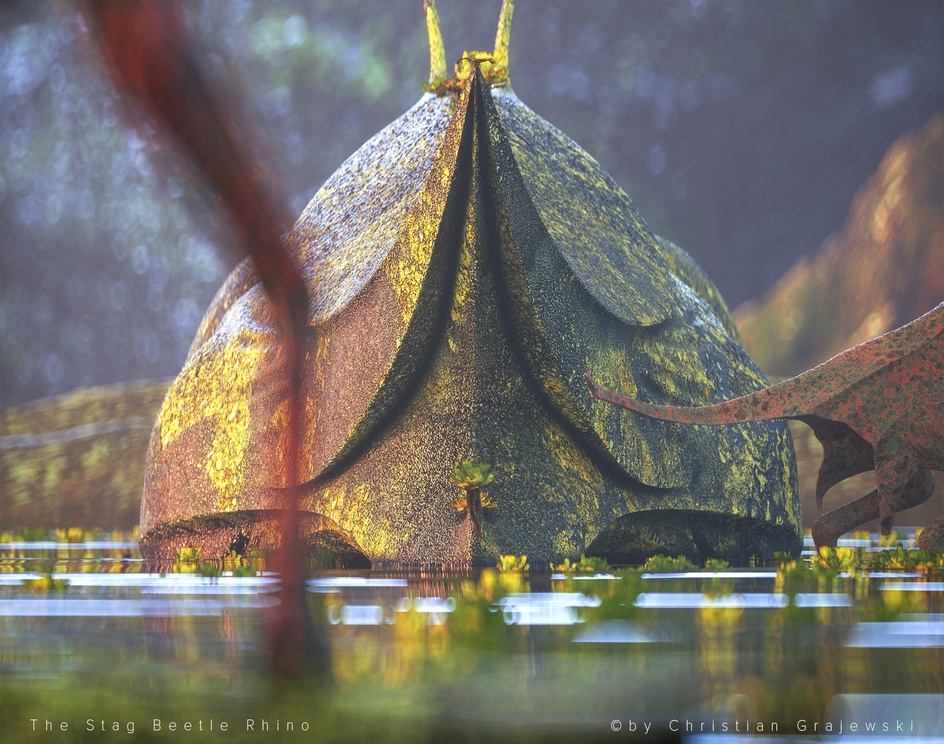 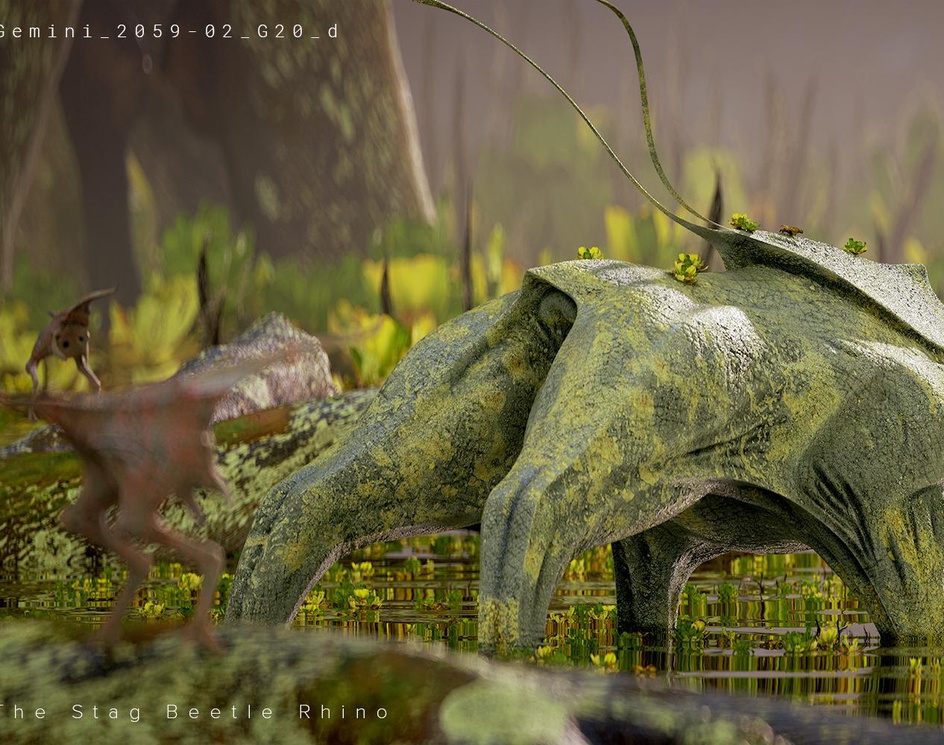 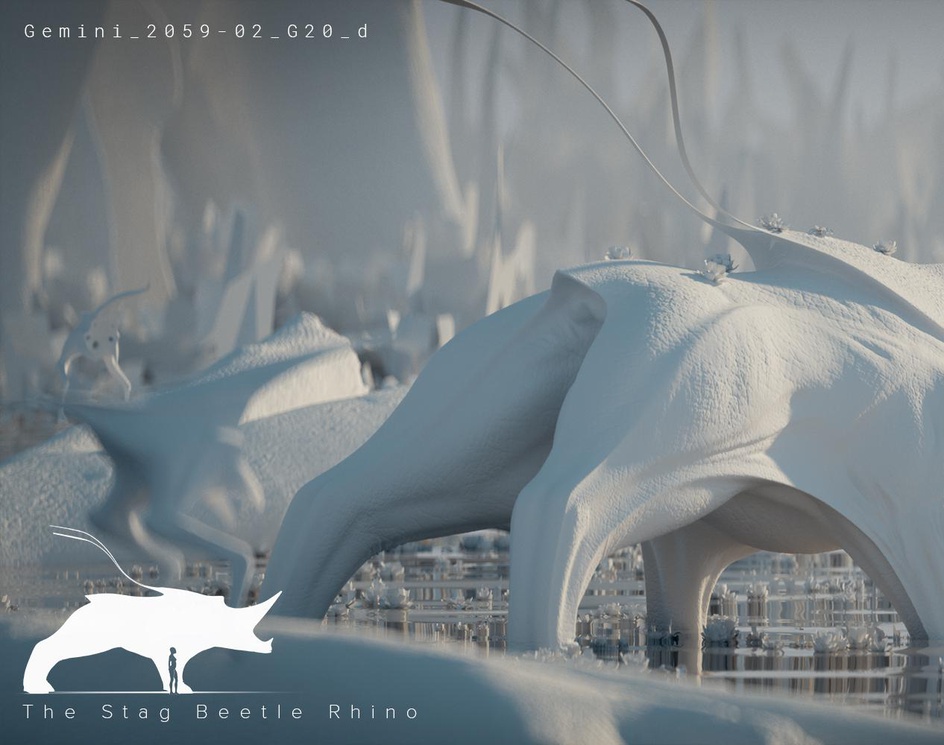 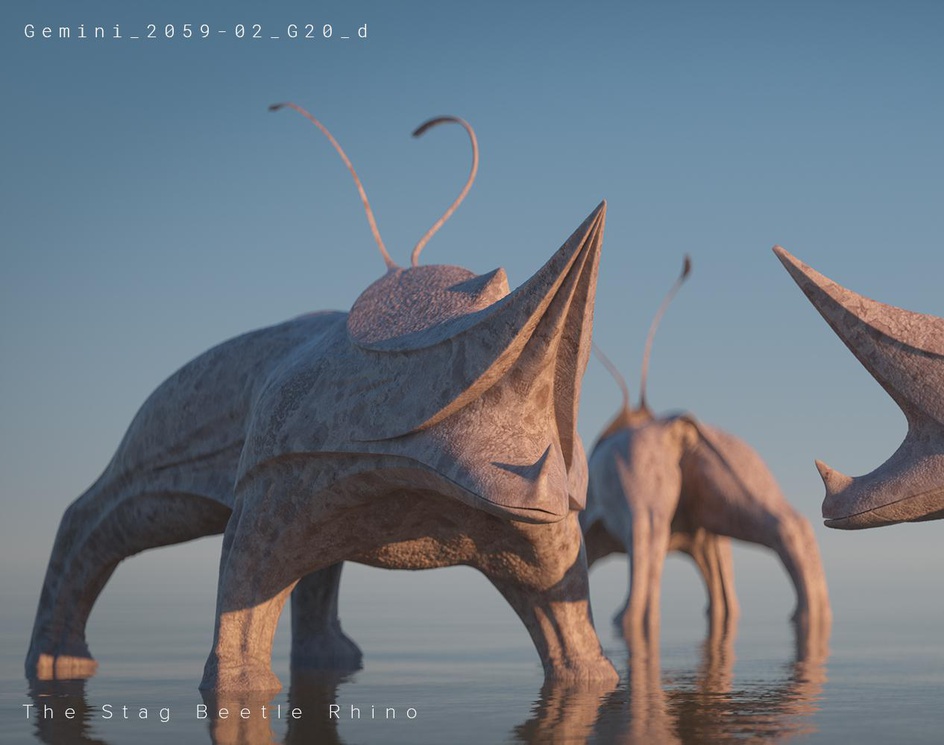 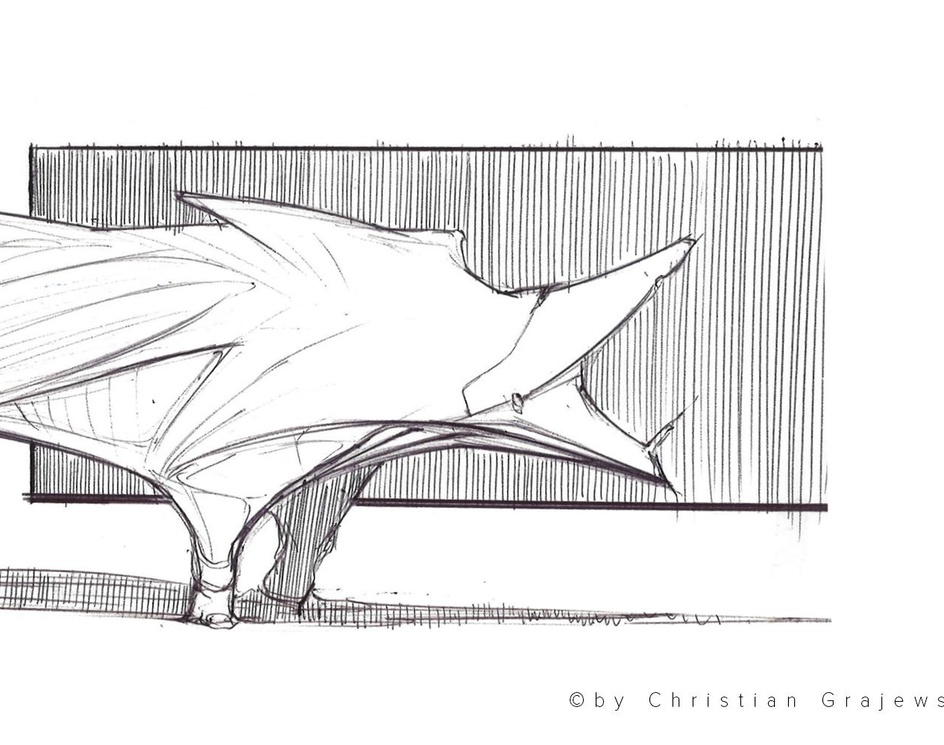 The Creature is part of my Gemini Project.
The Stag Beetle Rhino, discovered on exoplanet Gemini_2059-02_G20_d, date 2792-05-12!
Sculpting and texturing done in ZBrush, compositing Cinema 4D and rendered with Octane. Plants are from Quixel Megascans.
The Stag Beetle Rhino is a herbivore Non Videre species, those beings have no eyes and are using other sensors for “seeing”. With a height of four and a length of nine meters.
It's beautiful shaped big massive tank like head gives him a unique appearance. With it's two antennas, the Stag Beetle Rhino is able to show his emotions to other species, with a whip like sound. Predators are very aware of this signal, because to be hit with It's sharp and spiky head usually ends up deadly for almost every creature. This solitary and very calm creature lives in very de