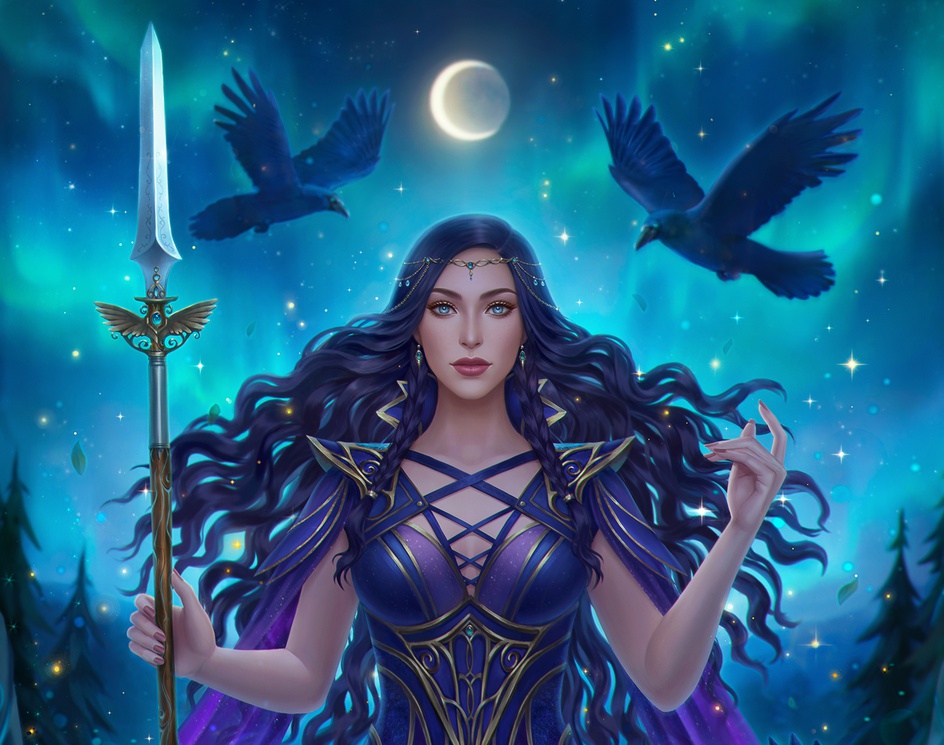 My interpretation of Goddess Morrígan or "Phantom Queen" from the old Irish/Celtic mythology.

I was really inspired by the information and lore I found about the goddess. Morrígan is a very powerful and all-knowing Irish goddess of death, battle, and destiny. She was also associated with earth, lakes and rivers, animals, night, prophecy and fate, magic, and fertility and was also seen as a patroness of witches and priestesses.

One of the most prominent aspects of the Morrígan was her nature as a triple goddess. In many stories, she could appear as both an individual and also as three separate goddesses that each represented a particular aspect of the goddess. She was also a shapeshifter, and would often take the form of a raven or a crow and circle above the battlefield. She could take multiple other forms - such as an old crone, a raven or other animal, or a battle-ready warrior queen - throughout a single story. She is often described to be strikingly beautiful yet intimidating and having long, dark flowing hair and dark clothes.

I wanted to paint my own interpretation of her based on all the information, but still with artistic freedom. I ended up portraying her as a powerful and impressive warrior queen, wearing a ceremonial & decorative outfit she would wear outside the battlefield, with some armor details hinting about her nature & holding her war spear. Reading about her, I decided to portray her in a night-time & magical environment with ravens flying around her.