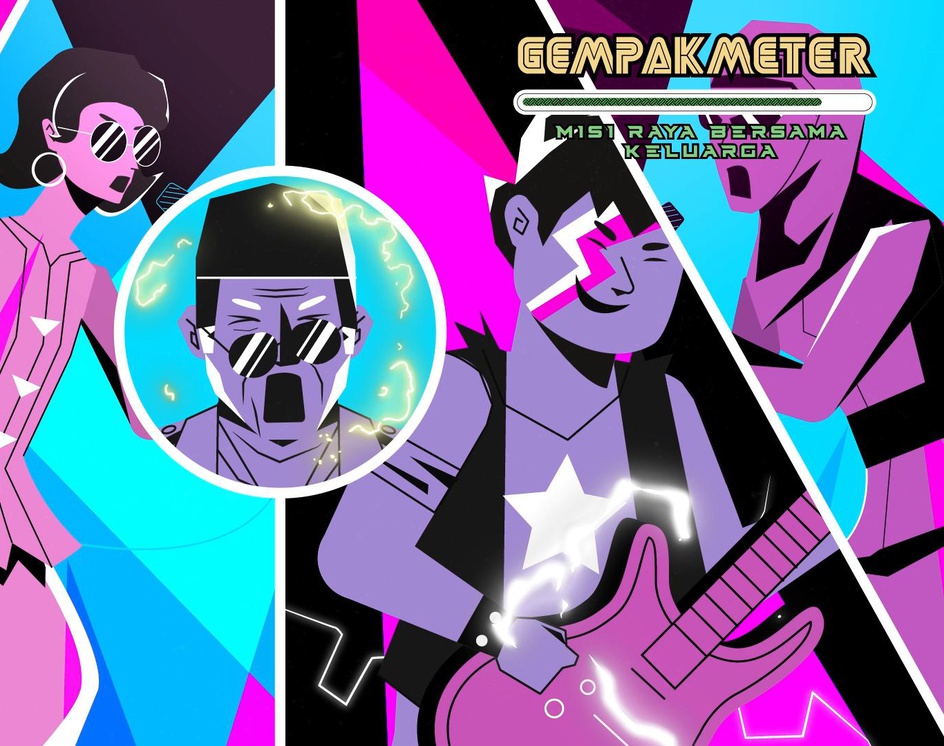 This year, we pushed our boundaries by creating a 100-scene animated short film for Maybank, one of the leading banks in South East Asia for the Hari Raya campaign.

The video was produced in collaboration with Clan Malaysia, a creative agency who came up with the storyline of Pojie, a boy who had to complete a few missions in virtual world settings in order to find the true meaning of his Raya celebration - with his family during Movement Control Order period in Malaysia.

We helped execute the ideas by creating the characters in the short film, putting the storyboards into perspectives before we brought the story to life with animation. The entire production was done in roughly 5 weeks.