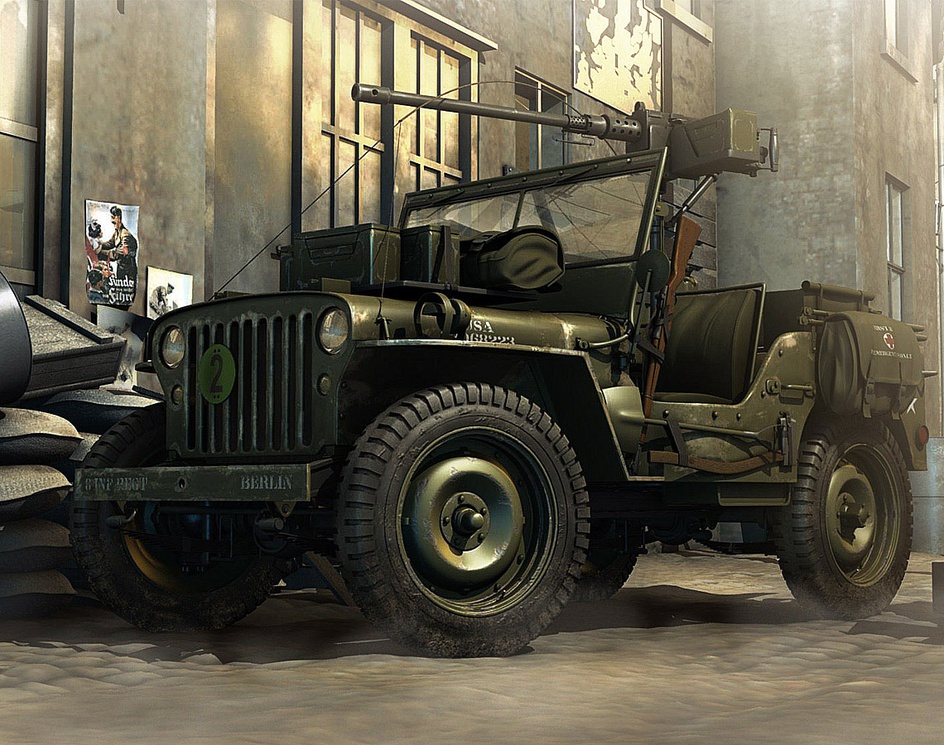 Not just because i like variant of Jeep?, but the history behind this legendary jeep during World War II. For color mood were inspired from featuring film of Saving Private Ryan.

From humble origins -- a handful of prototypes built by three different manufacturers -- the Jeep 1/4-ton utility vehicle has evolved over the years into one of the most popular and versatile vehicles ever made. Named the Universal Jeep by Willys-Overland shortly after World War II, it's been used in combat and for desert racing, for rock crawling or daily driving...in short, if there's a road or trail anywhere in the world, chances are that sometime, somehow, a Jeep has driven over it. The hero of World War II served in every theater of war, in every conceivable role, and with every Allied army. They were also given modifications including longer wheelbases, skis, armor plating, railway wheels, and weapons mounts of various types. General Dwight D. Eisenhower himself listed the jeep as one of the most important tools that won the war. ? www.wikipedia.com