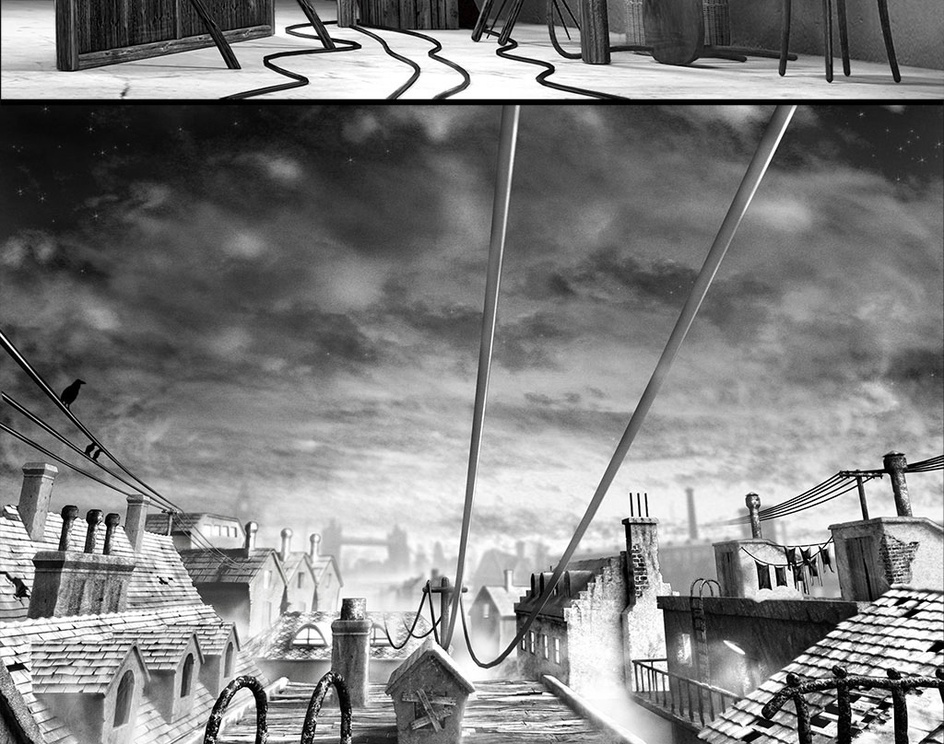 Hi guys, after a short while, I wanna show you one project, that I was working on with some larger pauses since october last year. It is background
for one theatre play. Together, there are 4 stills, all it is from Chaplin enviroment. It is very stylize work. These pistures were made in combination of 3dsmax and photoshop, I mean that after render in max, the details were drawn in photoshop because of stylization. So take them as graphic works
rather than purely 3d works.