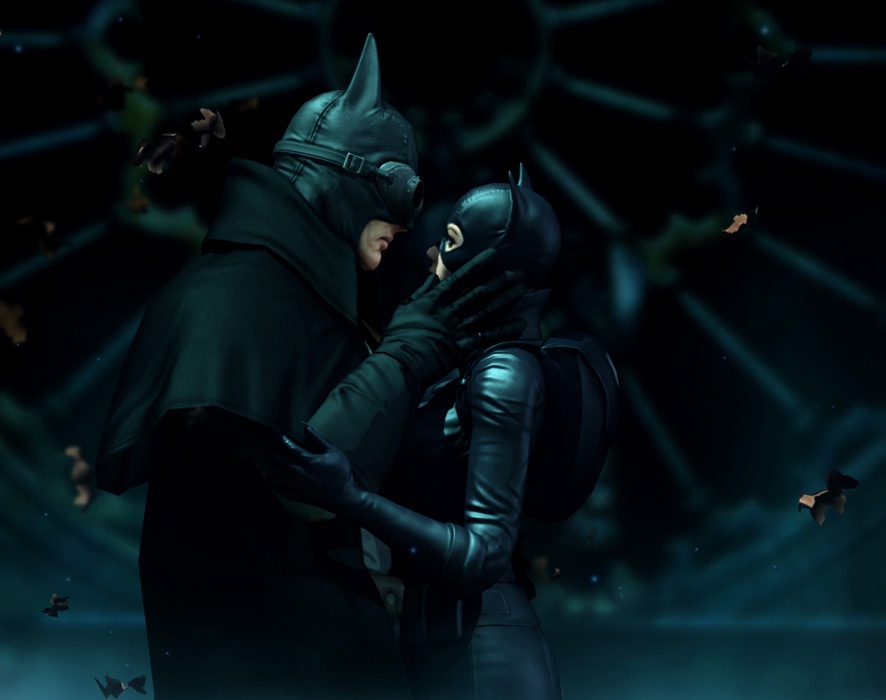 A combination of 2 game models that I've created based on popular DC Comics superhero Batman and Catwoman. The Batman is based on an alternate universe Batman from the Victorian Era while Catwoman is from the mainstream DC universe. In this picture I just want to creat an image that is able to evoke and emotional response from the viewer. Both character is about 8000 polys with 3x2048 textures maps (diffuse, normal and specular).