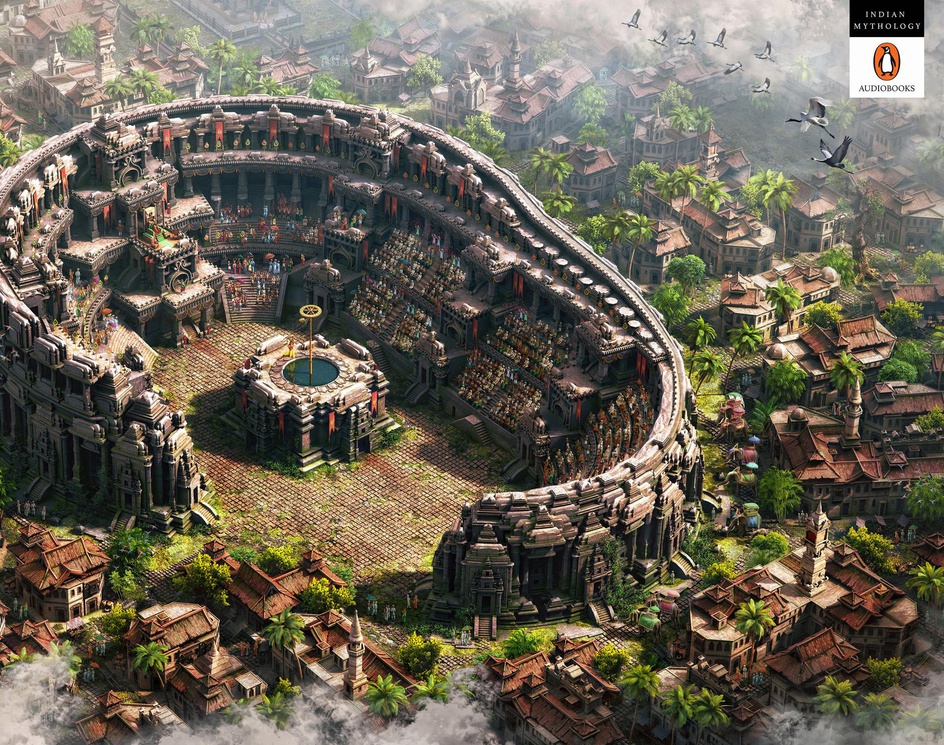 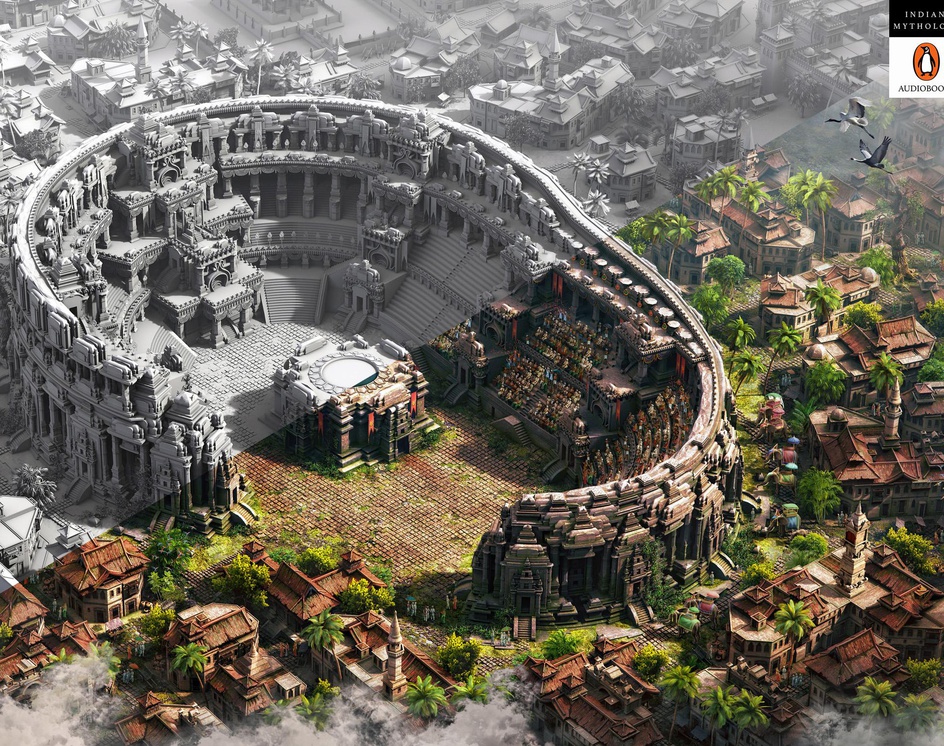 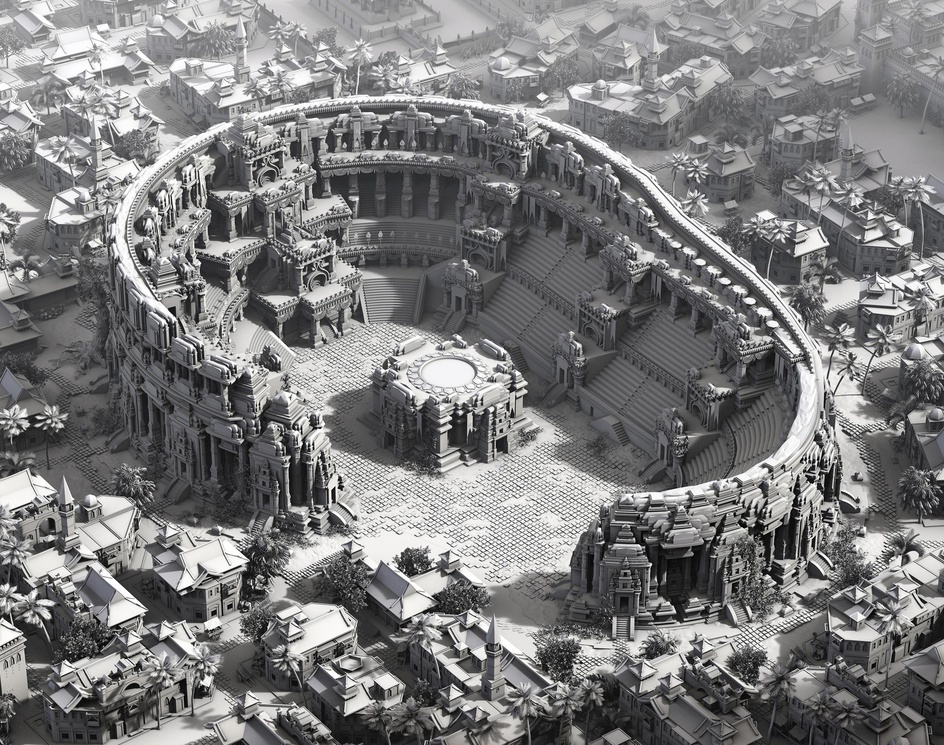 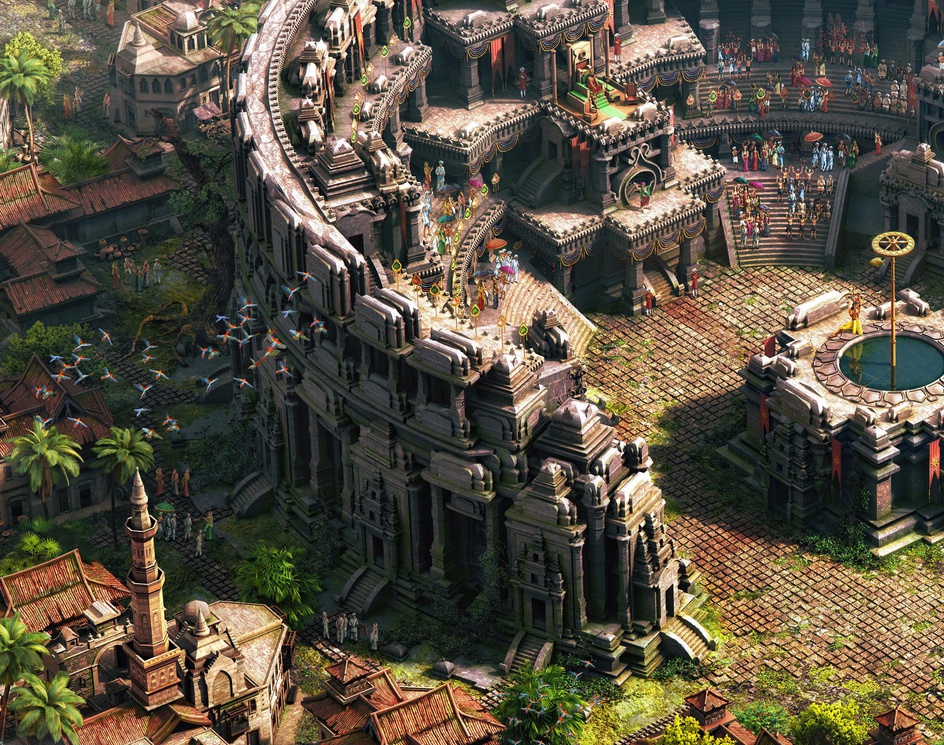 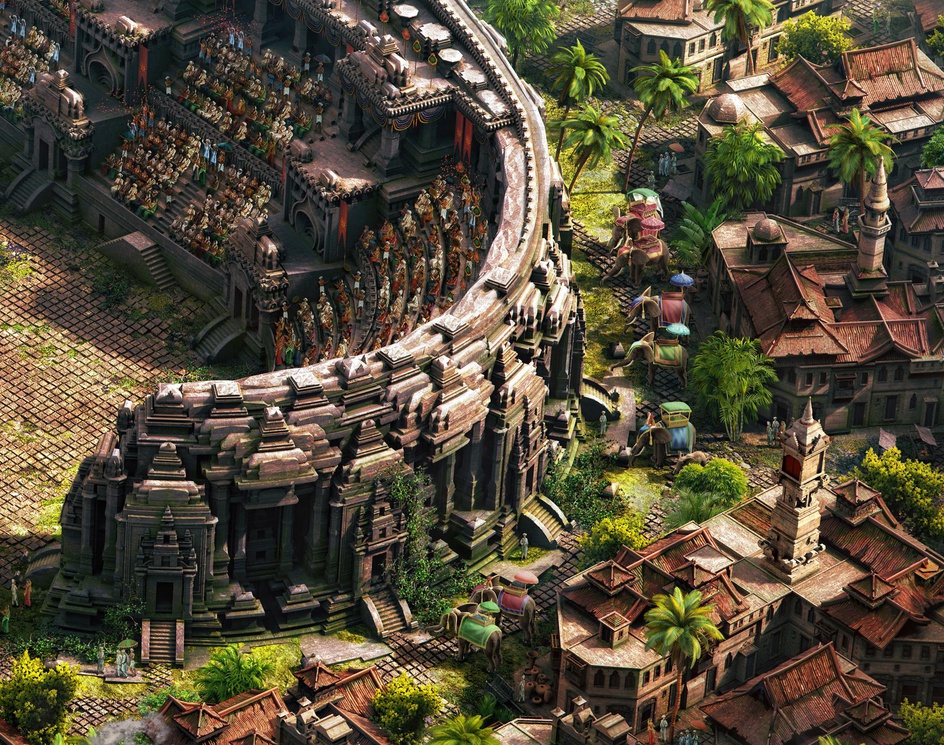 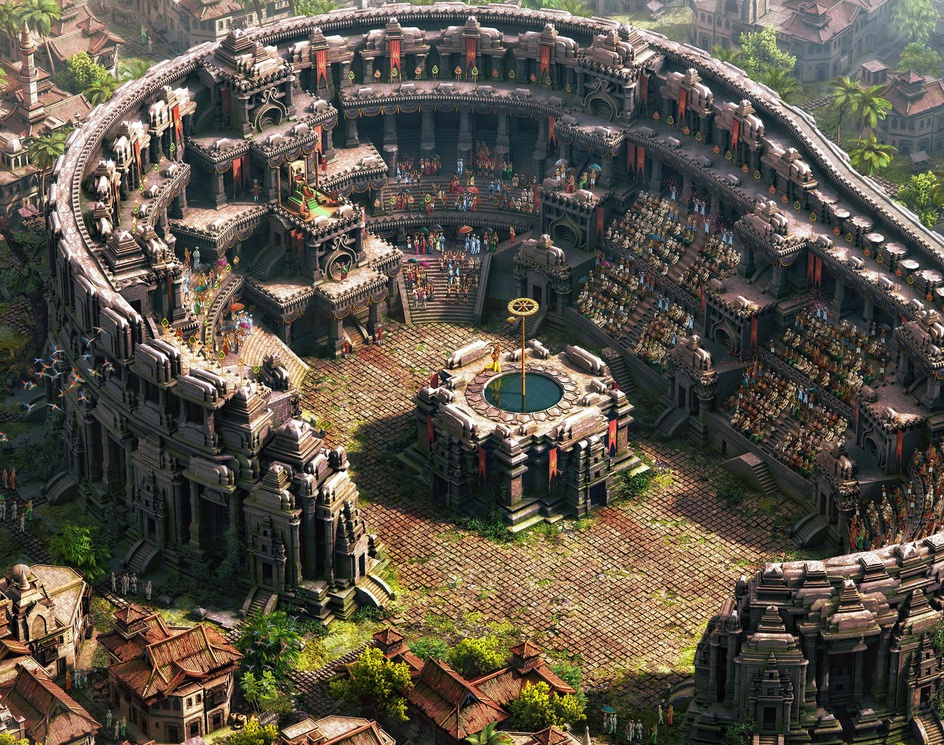 INDIAN MYTHOLOGY
We wanted to convince people that Penguin Audiobooks transforms titles based on Indian mythology, into deeply immersive literary experiences as well. The title in question: JAYA by Devdutt Patnaik. Inspired by the mythos of the Indian epic, Mahabharata, depicted here is an episode from it - Draupadi's Mattiage. To win princess Draupadi's hand in marriage, suitors have to shoot an arrow through the eye of a golden fish attached to a revolving chariot-wheel. Just by looking at its reflection in water. Taking centre-stage in the 'ear arena' is Arjuna, who succeeds. The arena is faithfully recreated in a mix of the Hindu and Buddhist architecture styles of India and South Asia. Including the profiles, recesses, design motifs on stone and other details. The costumes, tropical vegetation and the ceremonial elephants are based on medieval Indian paintings, and they enhance the overall drama.