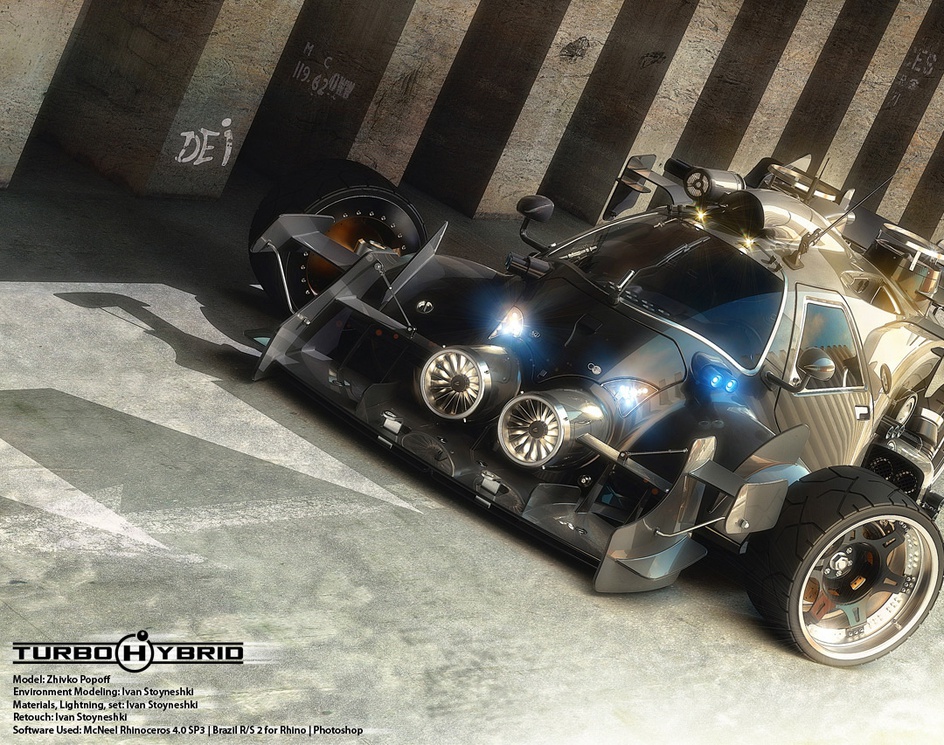 This is the Turbo Hybrid. A vision how a car may look in our unforeseen future. This is collaborate project between Me (Sqwall) and Zhivko Popoff. The model is all Zhivko's work. It is made entirely in Rhino 3D. From there I took the job... The evironment, materials, scene setup and lighting is my work. The scene was not exported from Rhino, it has been entirely rendered using compatible render engines. We used Brazil R/S for Rhino Beta and Maxwell Render 1.7. The retouching work was done in Photoshop. 3D Total Textures were also used, mostly for the set texturing. We are going to change some parts of the car, but this is the first image that we can state are good for showing.:) Hope you like it!