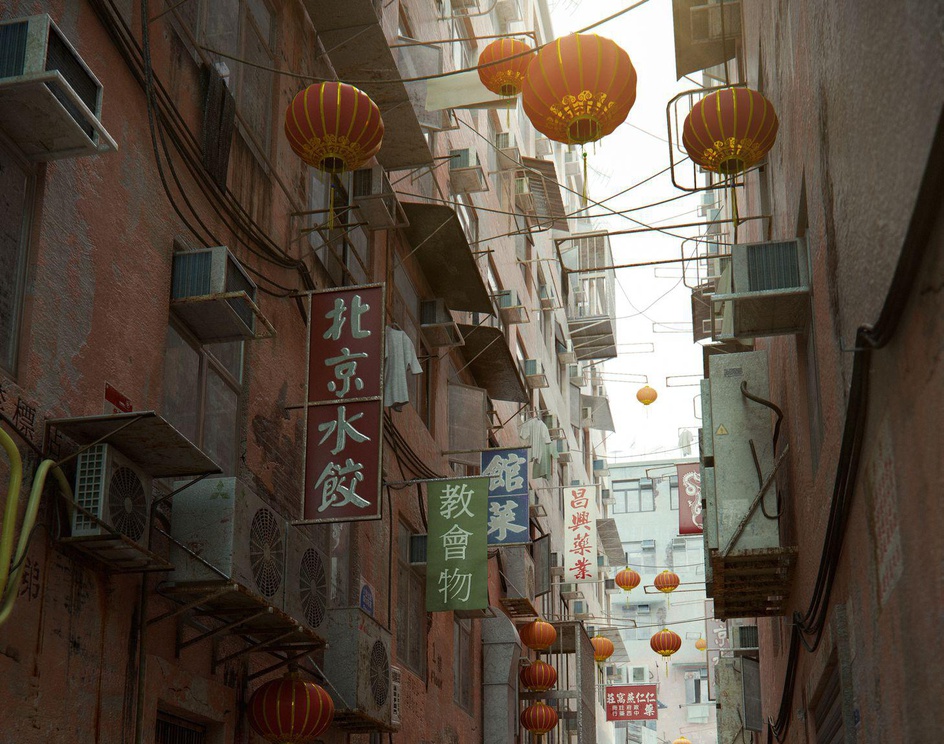 This scene was created in Maya and rendered with mental ray. Due to the size and complexity of the scene, importance sampling with irradiance particles was used instead of Global Illumination and Final Gather, which drastically improved render time. This technique doesn't seem to be very common, but setting the scene up to render this way made it possible to output a 4K image on an older PC without crashes or extremely long render times, and without sacrificing quality. Photoshop was used for some basic compositing and color correction.