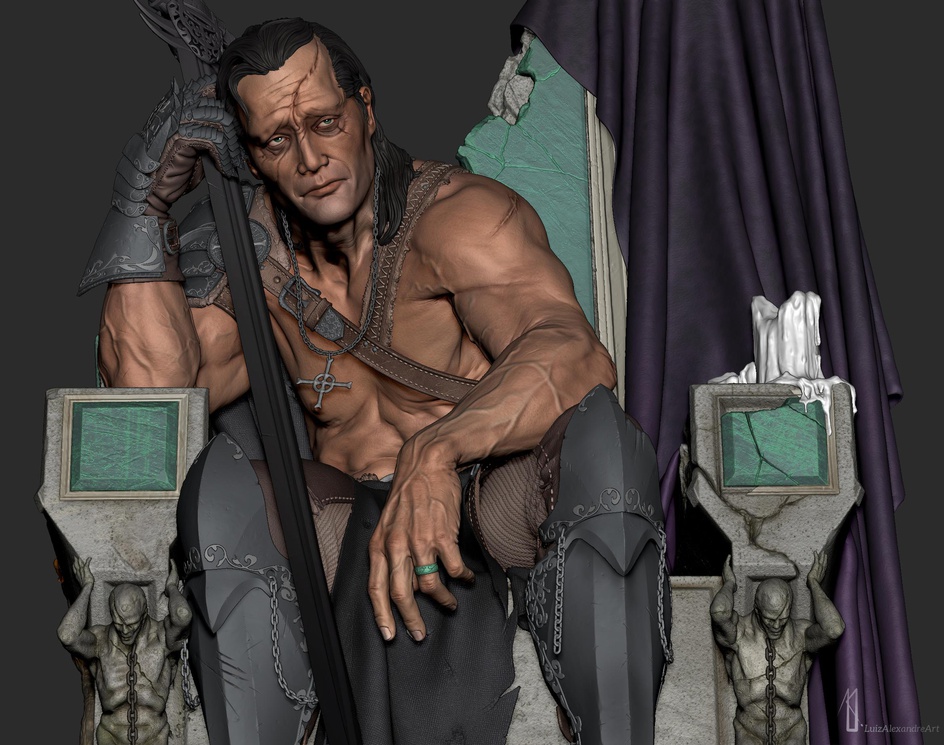 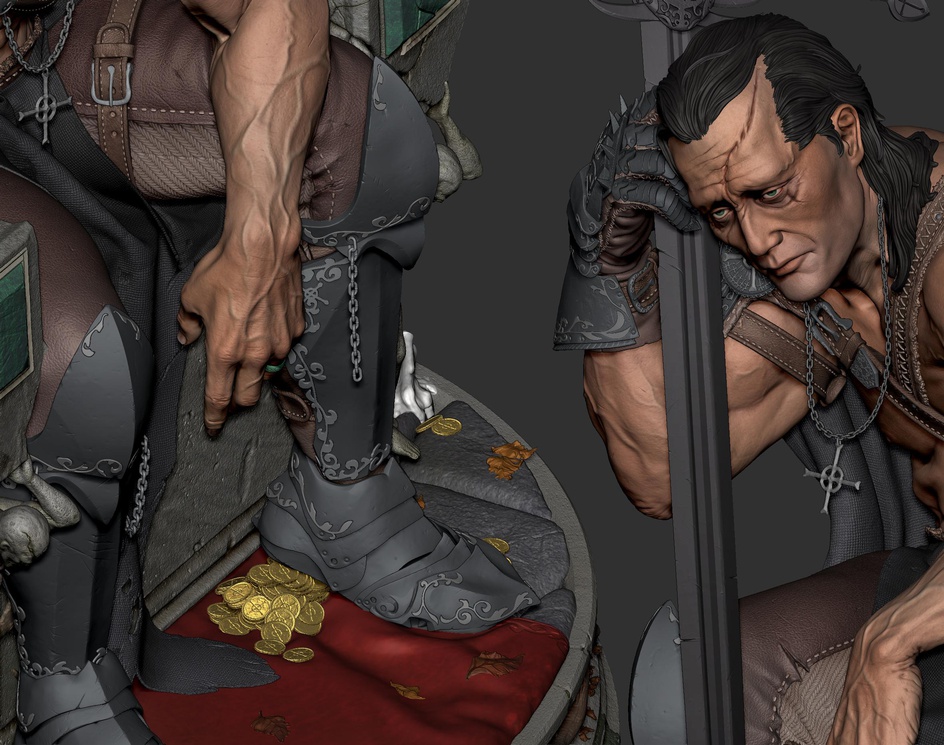 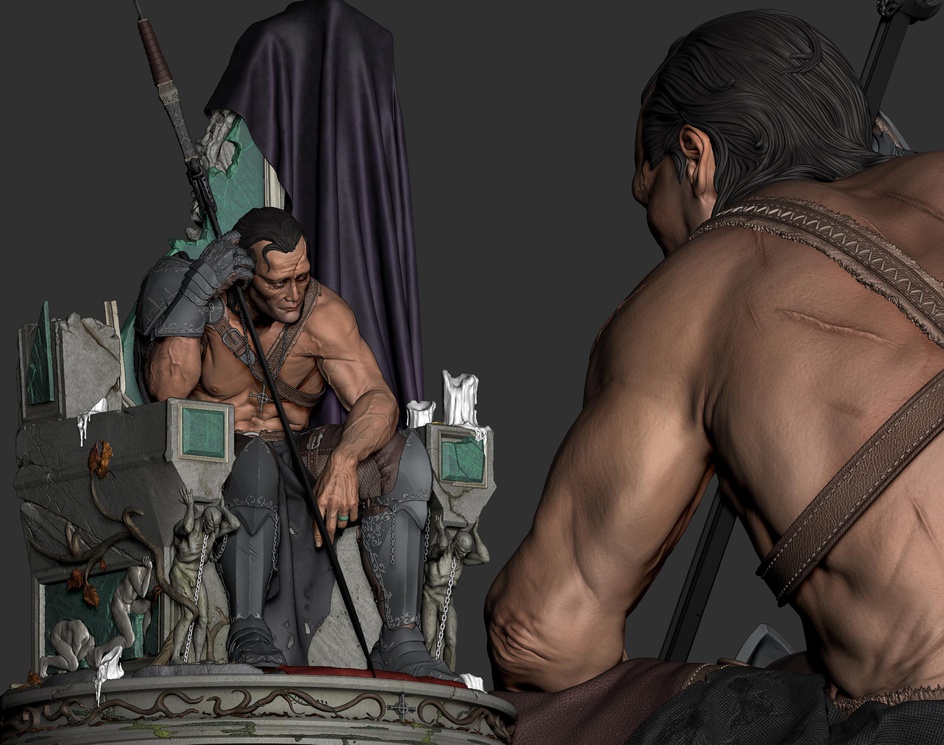 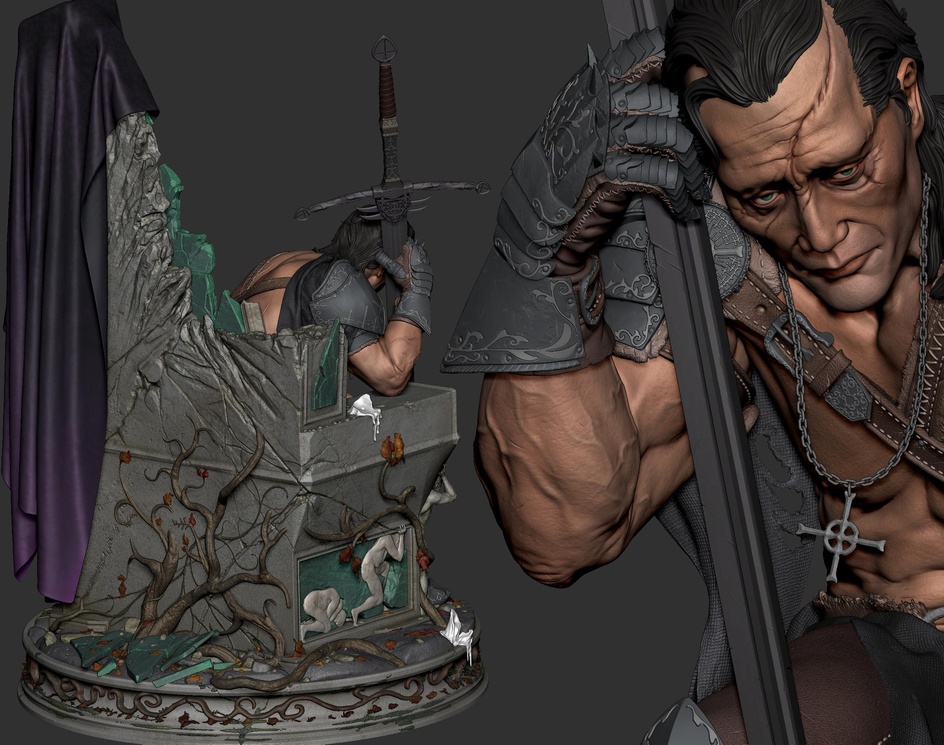 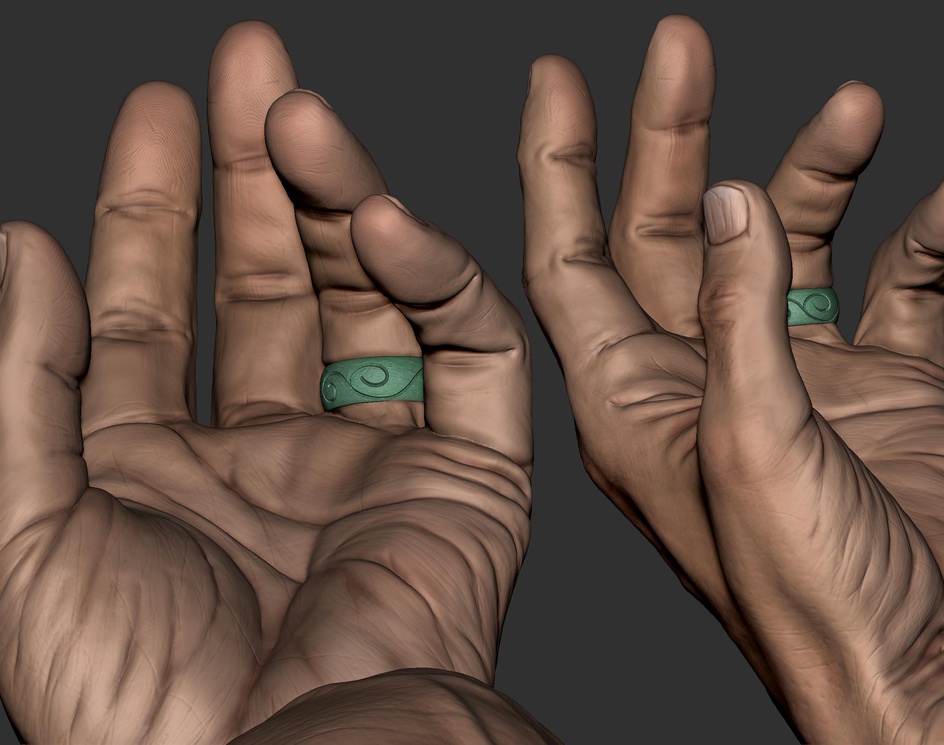 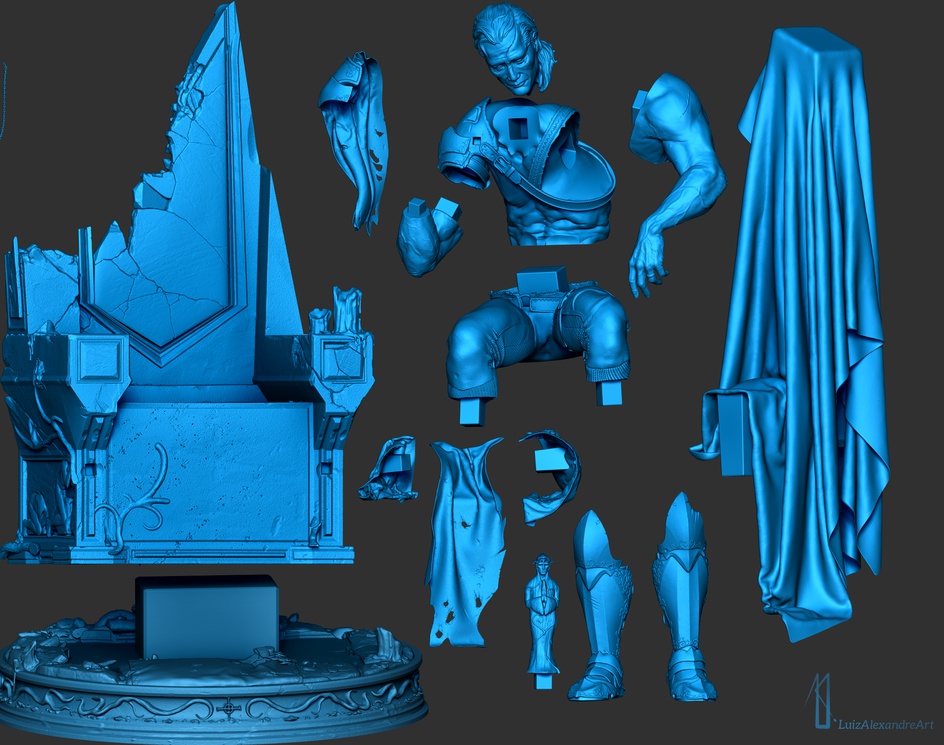 This character is a personal project that I created and sculpted during the excellent course of Alvaro Ribeiro.
Fully sculpted and polypainted on Zbrush, some of the renders were done on Keyshot, others on Zbrush .
The character used to be a slave, working on the mines, mining the green rock that you can see on his throne and ring. One day, deep in the cave he found a wood statue, rotten and covered by roots. The statue could represent an old god or demon. The "old God" gave him powers and made him king, by telling him what to do.
At the end the character is still a slave, but now he is controlled by the "old God", forever whispering on his ears.
His face was inspired by the Danish actor Mads Mikkelsen. The character was inspired by dark fantasy universes like The Witcher and Game Of Thrones.
Big thanks to all the classmates and specially to our teacher Alvaro. Thank you!
This project was really fun to imagine and create. I hope you like it.