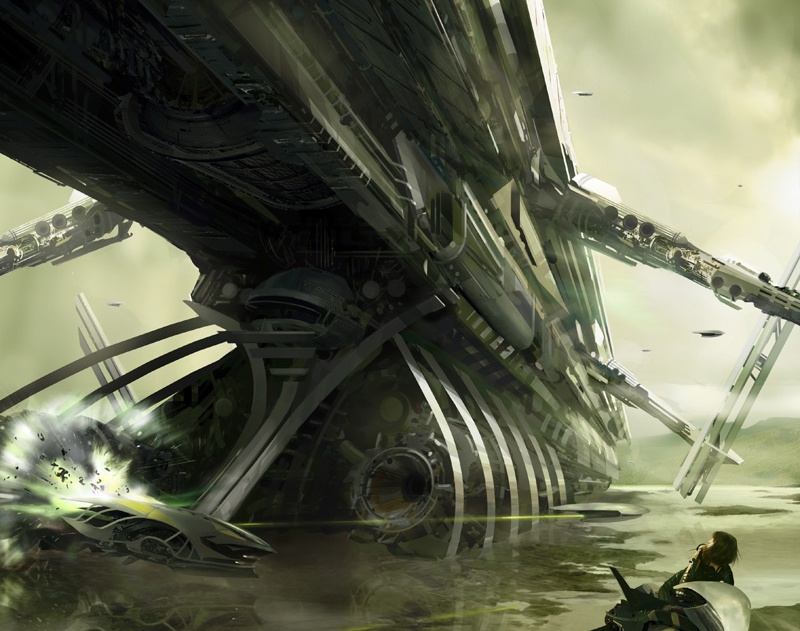 'All Within Her Hands'

As she got further away from the ship, her thoughts stayed aboard the Streaker... Everything that had happened since they arrived on this forgotten ?metal? planet, Kithrup, popped up - bombarding her with thoughts; the loss of half the crew, the alien fleets still fighting for what is onboard the Streaker; the 6 alien scout ships searching the behemoth wreck for any place they could have hidden. How will they reach Earth with these alien fleets following them through the galaxies, all wanting one thing. Her thoughts were shattered in an instant by a growling sound. Immediately she turned her head towards the behemoth wreck, hoping for another crash from the outerspace battle or a late explosion, but her fears came true: Streaker was being attacked by one of the alien scout ships, with its plasma shields going off in aureal explosions with each laser hit. There was no time to lose: it was all on her shoulders now. She was sure Tom would elude the scouts, but for how long? She had to hurry and plant the psi bomb which would distract and lead the aliens away to a false track. From there on, who knows what the gods had planned for them??