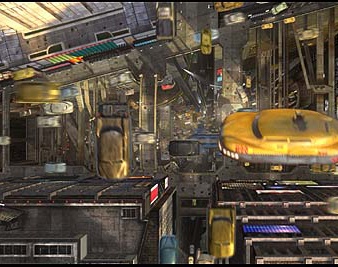 These renderings were to augment the practical model city shots in Luc Besson's film, describing Manhattan in the year 2350, when urban development excavated down, rather than up.
This conceptually was due to depleting the Earth's water to terrafarm other planets, a concept entirely lost on the audience due to it never being stated in the script.
However, it resulted in a fantastic depiction of a future urban cityscape, where subways are turned vertically, and car traffic lanes exist in 3D space.
I acted as the lead CG cityscape artist on the show at Digital Domain, leading a team to design and create these shots, using primarily Alias PowerAnimator, 3D Track and Nuke (DD proprietary), and Photoshop.