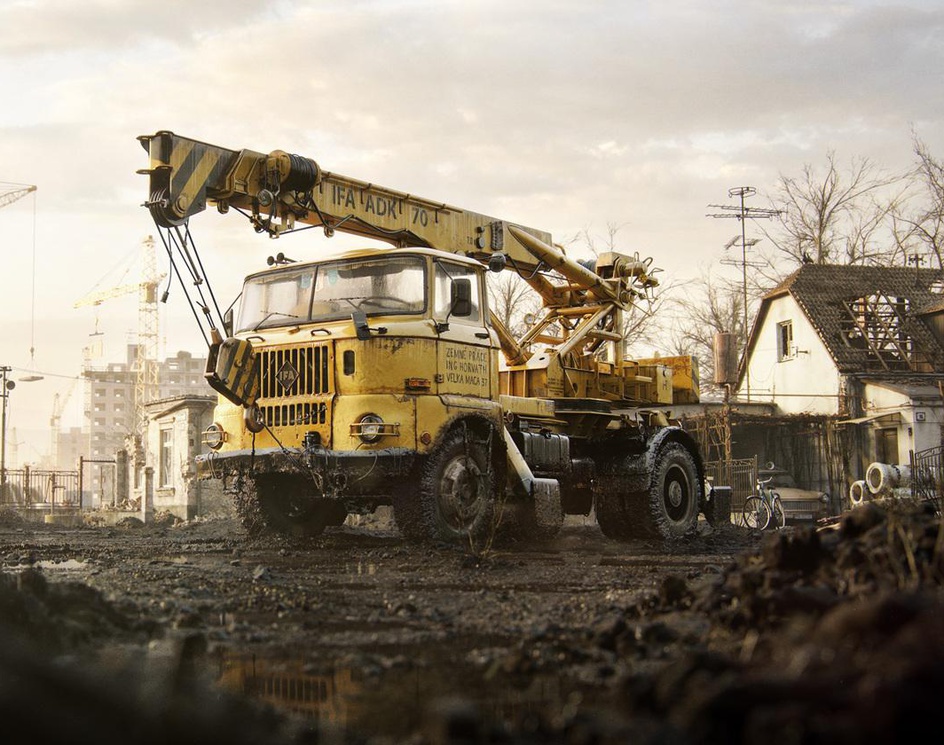 After quite a long time I finished my new personal project called IFA. Idea is inspired by "rebuilding" a part of the city, where all old houses and gardens were replaced by new commie blocks. (small village became the largest borough ) Made in 3dsmax, crane was textured in Mari, rendered by great Vray and postproduction in PS. It took about 17 hours (the fog took sooo much time) to render in 5k (3930K). I hope you like it.