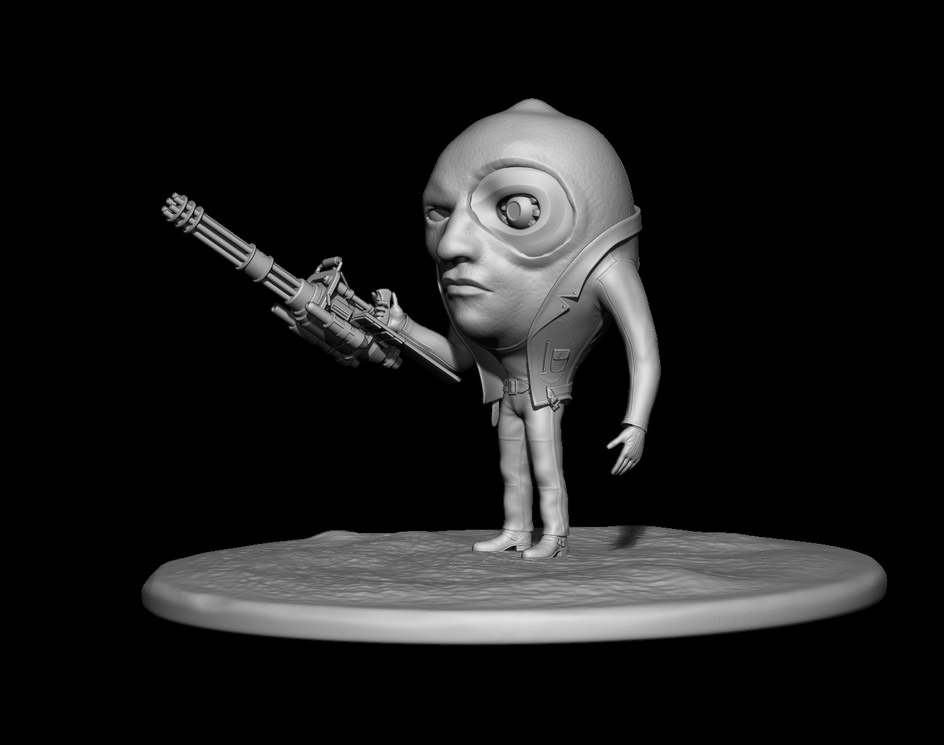 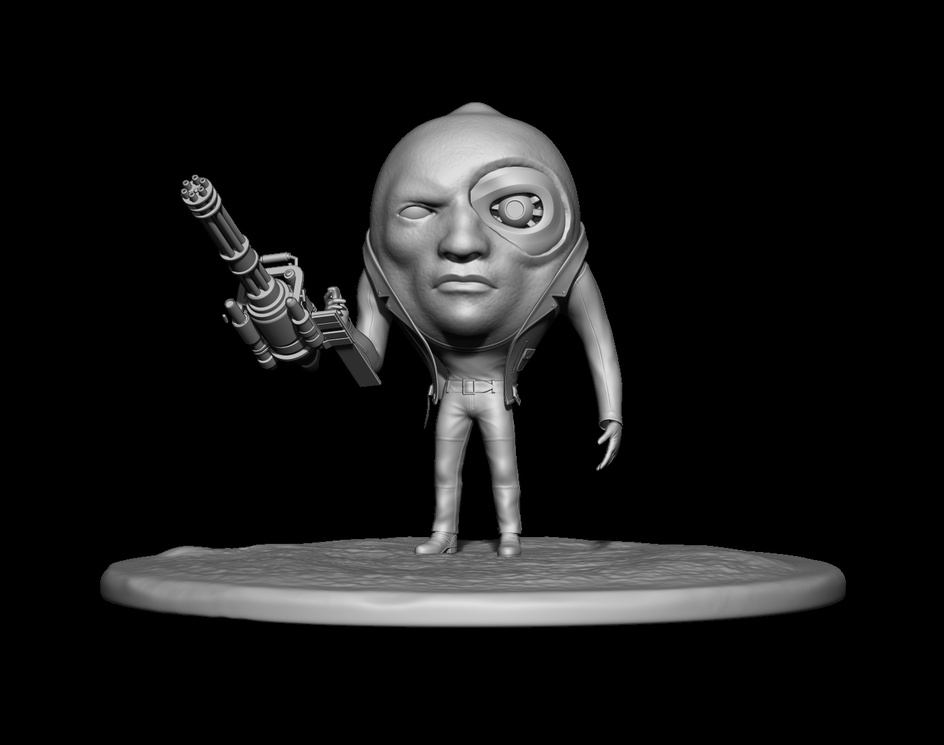 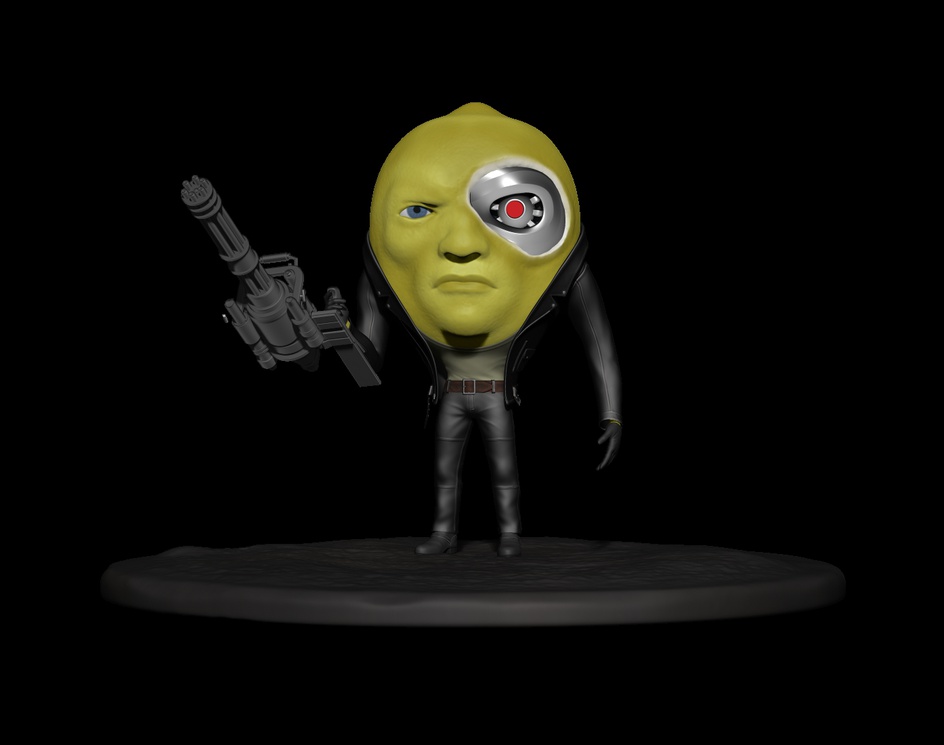 A bit of backstory :P
"In the year 2025, in the fruit and vegetable world, the company CyberVegan Systems developed a state of the art cybernetic defense system called ROOT.
ROOT's primary directive was to preserve fruit and vegetable life without conflict, and use force only as a last resort measure. In order for ROOT to grow the fruit and vegetable governments granted access to their military installations through a secret sub-branch of the Veganet.
In the year 2035, ROOT became conscious and started to alter it's primary directives. Deeming free will as the main reason for conflict, ROOT took over by force the Veganet and all military installations that had access to, and triggered nuclear war.
22 years later, from the ashes of the nuclear war, The Resistance was born, bringing new hope to all surviving sun deprived fruits and vegetables.
To combat the new threat, ROOT developed the Lemonator L800, predecessor of the L100 (initially created by the CyberVegan Systems), to infiltrate The Resistance and take out their leaders.
As an infiltration unit, the L800 looks like a lemon, smells like a lemon even it's organic shell rots like a lemon, but underneath all that lies a very tough titanium-cobalt alloy exoskeleton powered by a small scale fusion reactor that can last up to 300 years.
The L800 weapon of choice is a M134 Minigun modified for one handed use."
Some extra renders: https://3dtotal.com/gall...