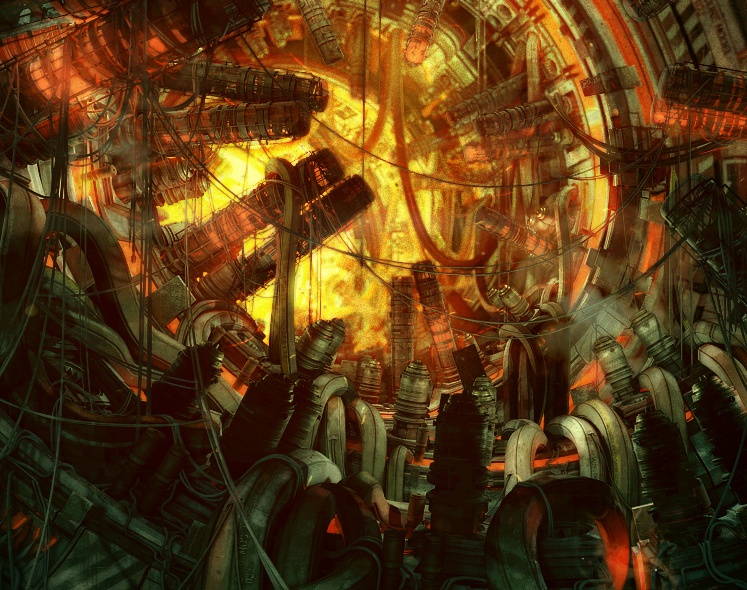 Vibrancy of the Void

I can't really explain the initial inspiration of my image, but an idea came to me one night while I was trying to fall asleep. Therefore, the very first drawing was totally rushed out but it already looked like some kind of an abstract sci-fi version of an energy core/foundry. I used both Scanline renderer's standard lights and Mental Ray's final gather. More precisely, instead of doing a single render, that would take forever to compute, I chose to render several passes separately so I could then easily and quickly composite them in Photoshop. The modeling was done in 3ds Max and the textures were done in Photoshop. I must say, modeling the wires was a lot of fun. I hope that you will like it.