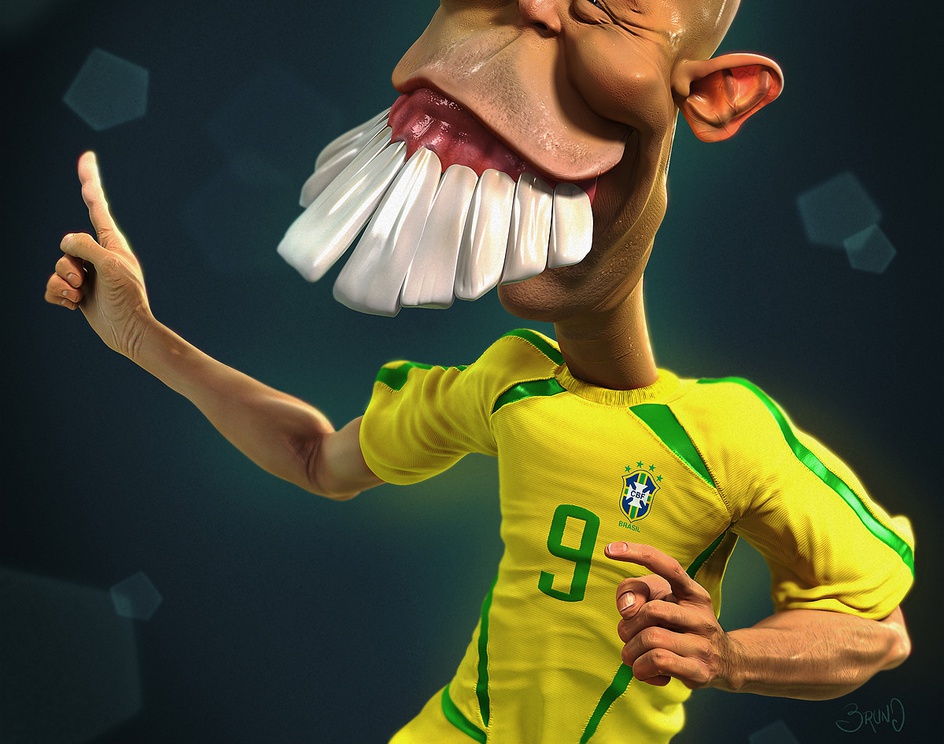 I did this caricature after Ronaldo Fenomeno announce his retirement. Here in Brasil almost everybody is Ronaldo FC (a way to call Ronaldo fans). I am member of that club too! Heres is my little tribute. I tried to create an image that referred to 2002 World Cup.