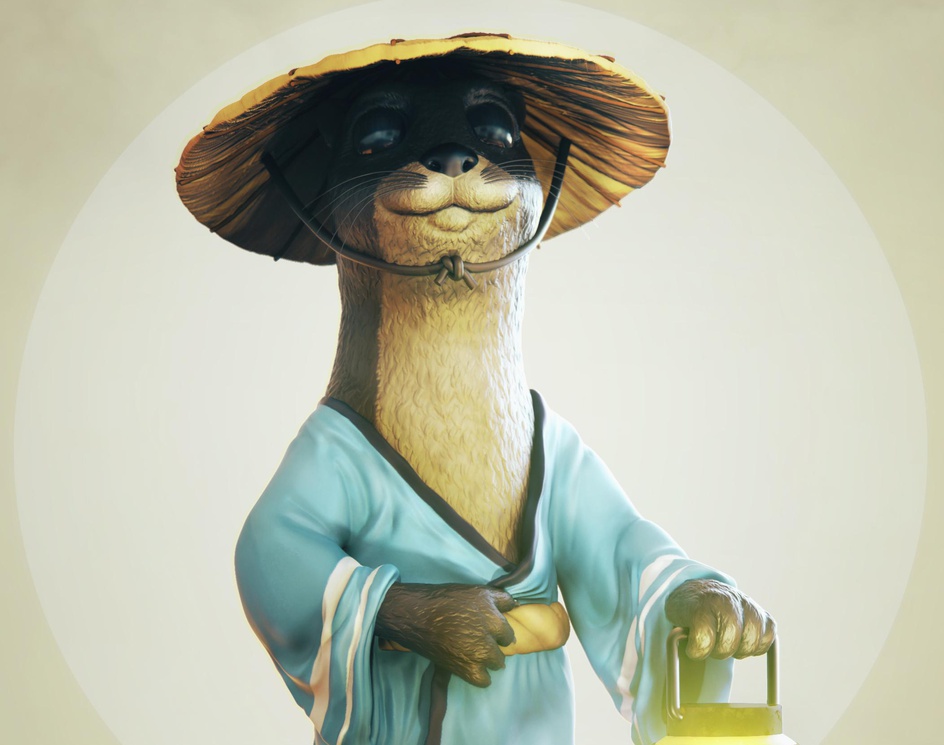 River otters can be found in the wilds all over Japan. They are under a meter in length, cute and furry, and well-loved for their shy, playful nature.
As with most wild animals in Japan, kawauso develop magical powers upon reaching old age. They are particularly skilled at shape-changing and accurately copying sounds. Kawauso love alcohol, and are usually only seen in human areas trying to acquire sake. They are playful yōkai, well known for their tricks and mischief, but rarely dangerous.
Kawauso are fond of playing pranks on humans, especially by mimicking sounds and words. They enjoy calling out human names or random words at strangers walking in the street and watching their confused reactions. They are fond of magically snuffing out lanterns in the night and leaving travelers stranded in the dark. Kawauso sometimes even transform into beautiful young women and try to seduce young men—only to run away laughing when the men take the hook.
Occasionally, kawauso commit more violent deeds. In a few instances near castles in Ishikawa, a kawauso dressed up as beautiful young woman and lured young men to the water’s edge in order to catch and eat them, discarding the half-eaten bodies into the moat. But stories like this are rare.

Other forms: A kawauso’s favorite disguise is the form of a young beggar child wearing a big straw hat. They use this child form to sneak into towns and try to buy alcohol from shops. The ruse often falls apart when the disguised creature is asked who it is, or where it came from. Caught off guard, the kawauso simply repeats the last word spoken to it, or makes funny nonsensical noises. This ruins its disguise and gives away its supernatural nature.