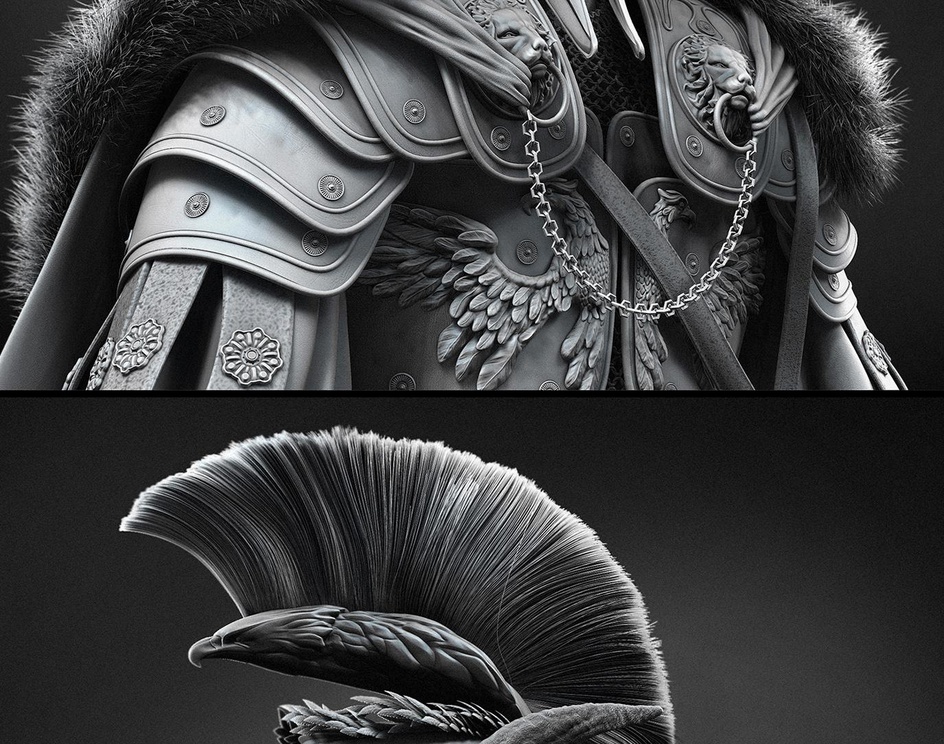 Hi everyone, I have this old idea to create a fantasy character based on a Greek-Roman design. First the design was more Greek type, but I decided to make it more Roman. The name of the character is "Arminius Augustus" and he is a general in the Bullgarium Imperium in the northern frontier of the Empire. The idea was to look like a cinematic. I really enjoy creating this character!