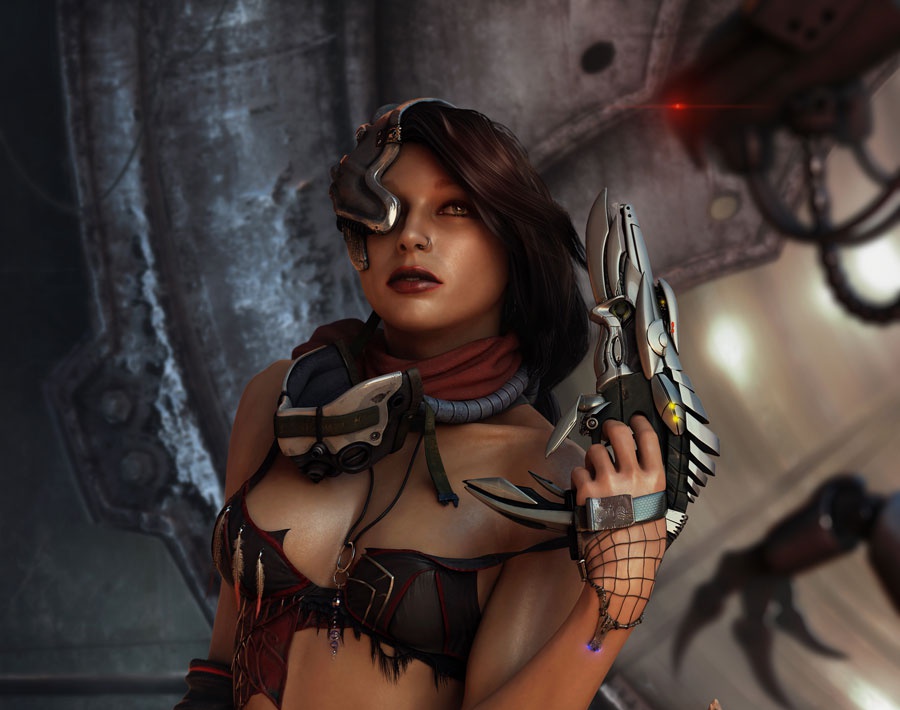 Software used in creation of image: 3ds Max, BodyPaint3D, ZBrush, Photoshop, CrazyBump & V-Ray. She is Hakara, the main character of a new novel, written by Yolanda Villaverde. A sci-fi story about a new woman in a dangerous galaxy dominated by different and powerful warriors. The render represents a sexy woman confronted by a robot, inside a lost spacecraft. The first episode is going to be uploaded soon.