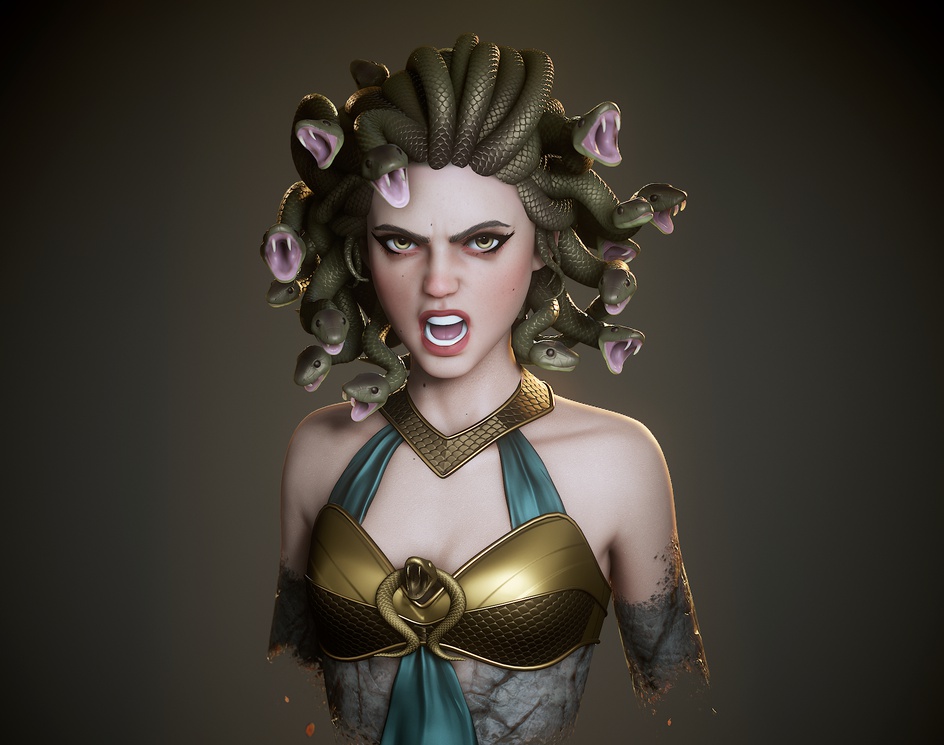 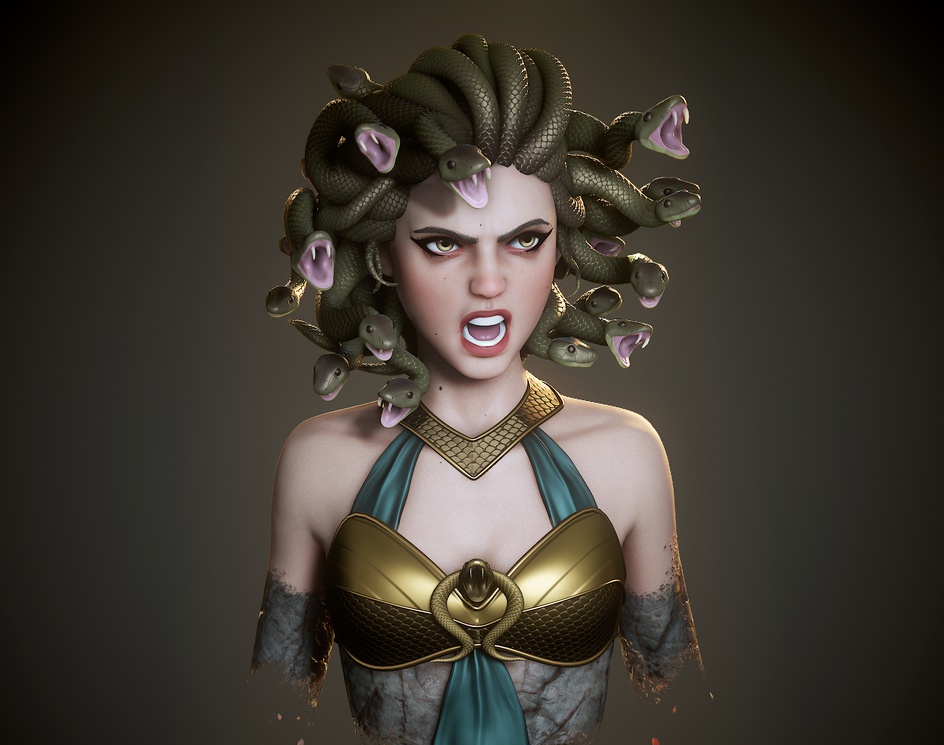 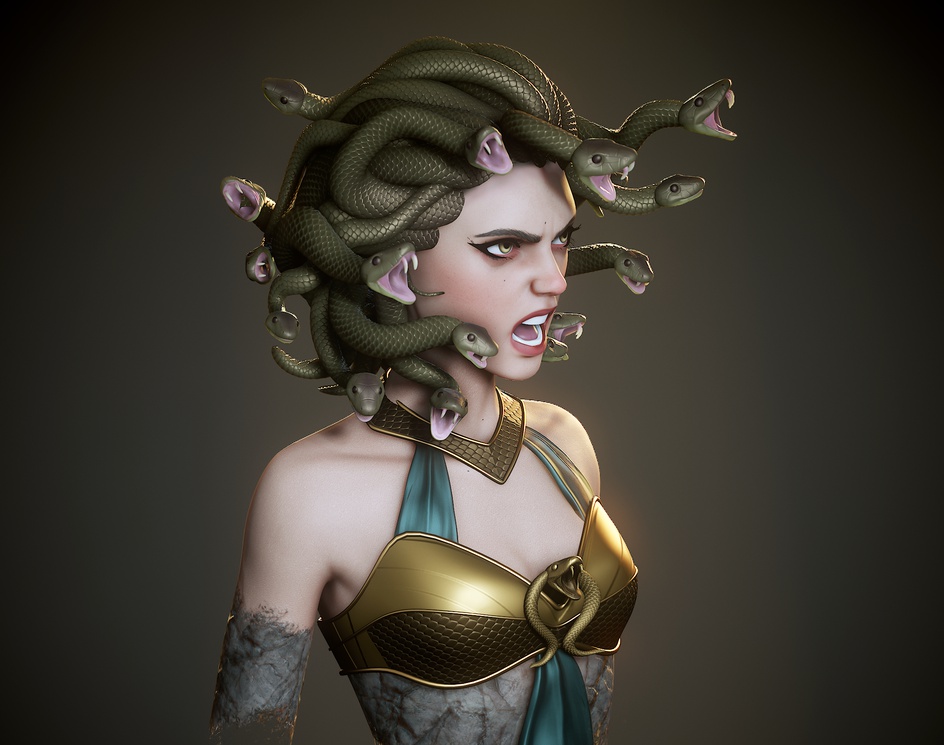 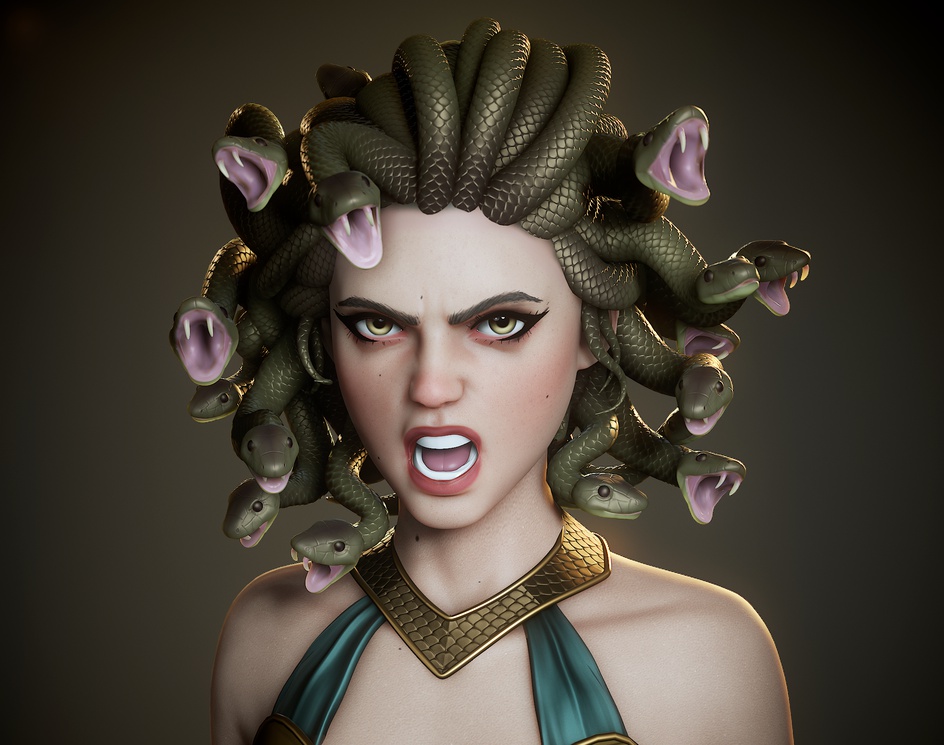 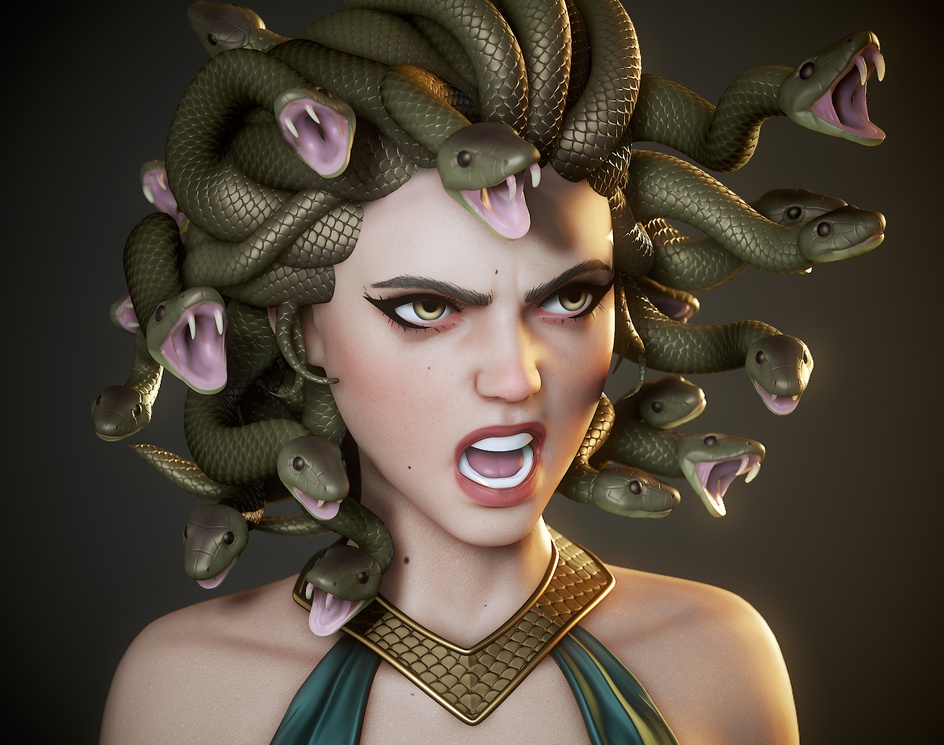 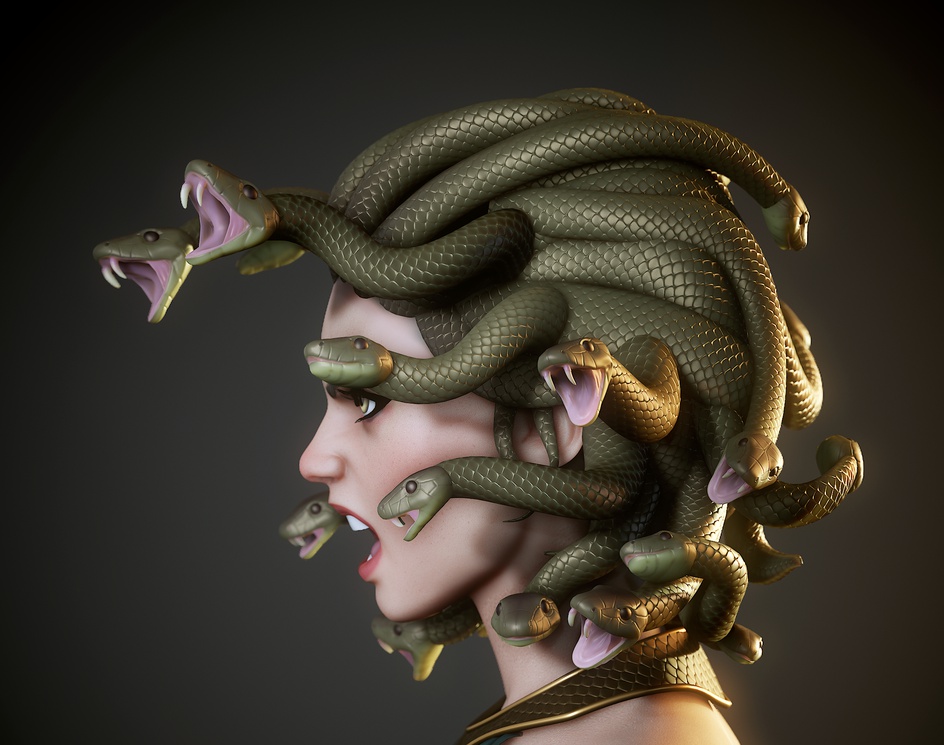 A long history of injustice and hatred
Hey !! 🐍🐍here my new character from Myths and Gods series, I present to you Medusa, a gorgon sister, and in a few words the monster that turns you into stone if you look into her eyes, I think she did not deserve to die, it was not her fault that she was converted As a monster, the ones she killed were because they attacked her first, I don't know, think about it.