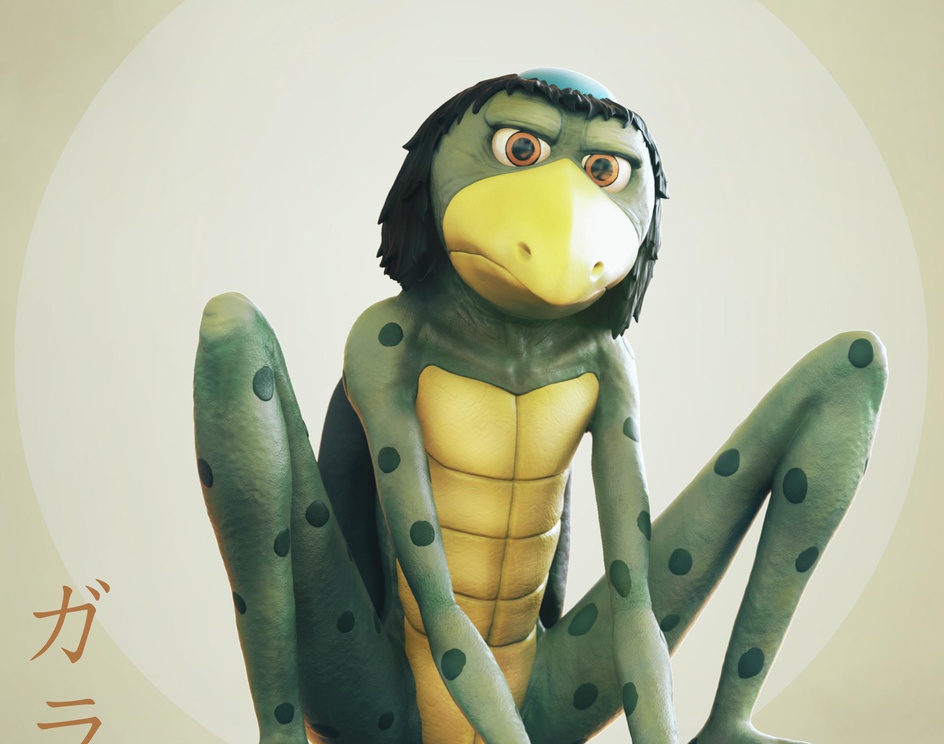 Translation: a regional corruption of kappa

Garappa are river spirits found on the islands of Kyūshū in southern Japan. Close relatives of kappa, they resemble them in many ways. The two are often confused with each other, although there are a number of important differences.
A garappa’s limbs are much longer than those of a kappa. When garappa sit down their knees rise high above their heads, unlike the stubby kappa’s knees.
Because of these longer limbs, garappa are taller than kappa when standing upright. Garappa also have slightly longer and more streamlined faces.

Garappa are shyer and more elusive than kappa. They tend to avoid populated areas and instead, wander back and forth between the rivers and mountains.
Garappa live in smaller groups, or by themselves. Because of their shyness, garappa are more often heard than seen. They have two distinctive calls: “hyō hyō” and, “foon foon foon.”

While garappa encounters are much rarer than kappa, they share a similar relationship with humankind.
Extremely fond of pranks and mischief, garappa love to surprise people on mountain paths, or trick travelers into losing their way.
Like kappa, garappa are physically stronger than humans and are easily capable of overpowering grown men larger than themselves. They are extremely fond of sumo wrestling, at which they are highly skilled.