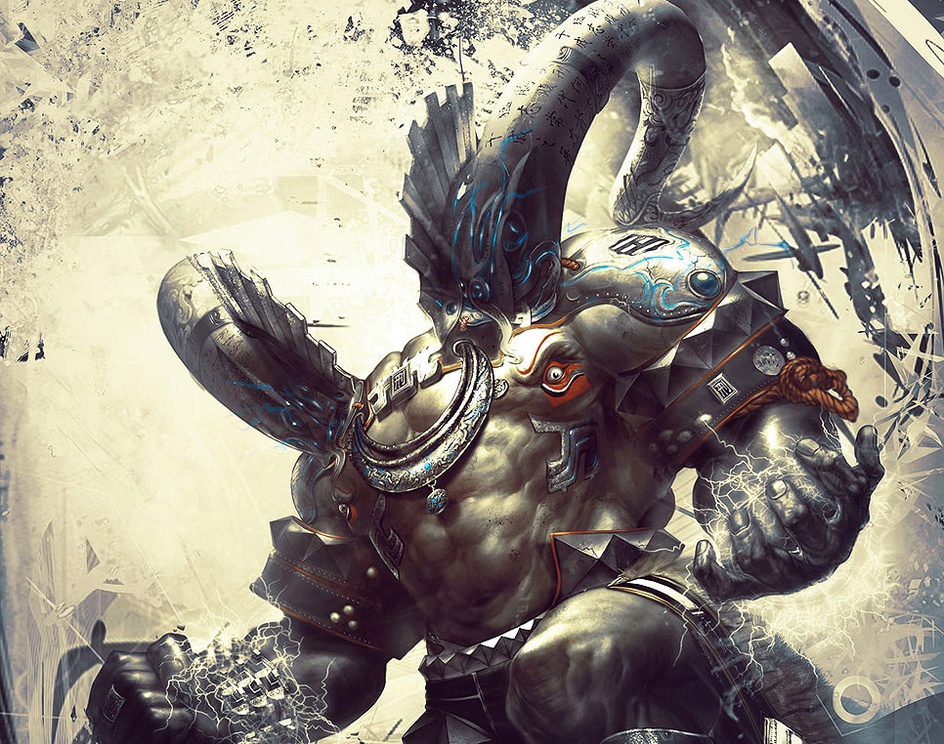 Based on a Chinese mythical character. The brave warrior was defeated in battle and had his head cut off by his enemy; however, his anger turned his nipples into his eyes. He stood up and still fought the war. He was symbolized as brave, tough, and determined, and he is a hero born of a tragedy.