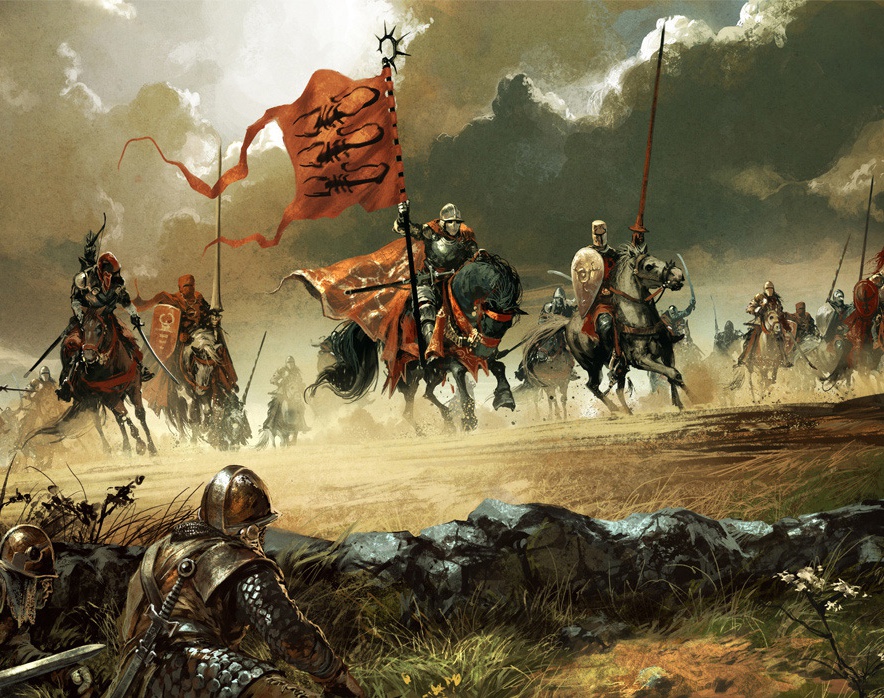 Zoe Robinson, the Art Director of Fantasy Flight Games, asked me to do a paint-over the good old "Army of Scorpions" so that it could be used for a large print. The orginal "Army of Scorpions" was used for a card game and was only 1350x1110 pixels, and I preferred to make this scene again from scratch in high-res, rather than painting over old stuff ... So I did! And here's the result! The source image has 10000x7000 pixels, the PSD file is 943 MB - this is oficially the largest file I have created so far! Software used in creation of image: Photoshop (CS).