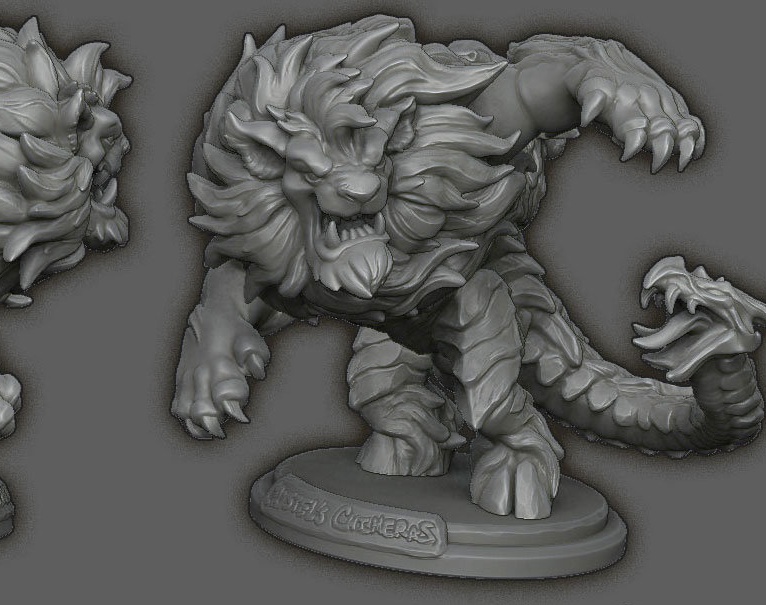 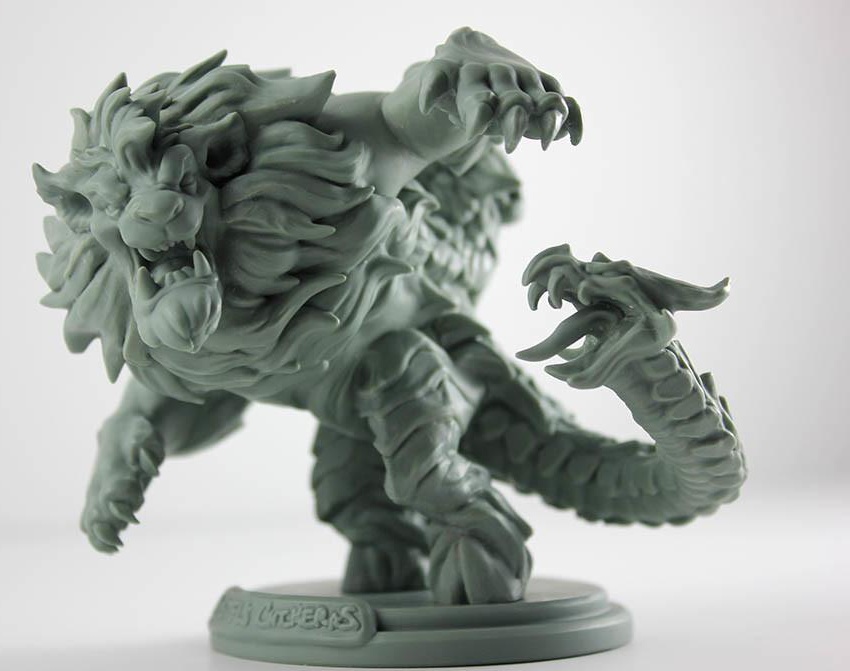 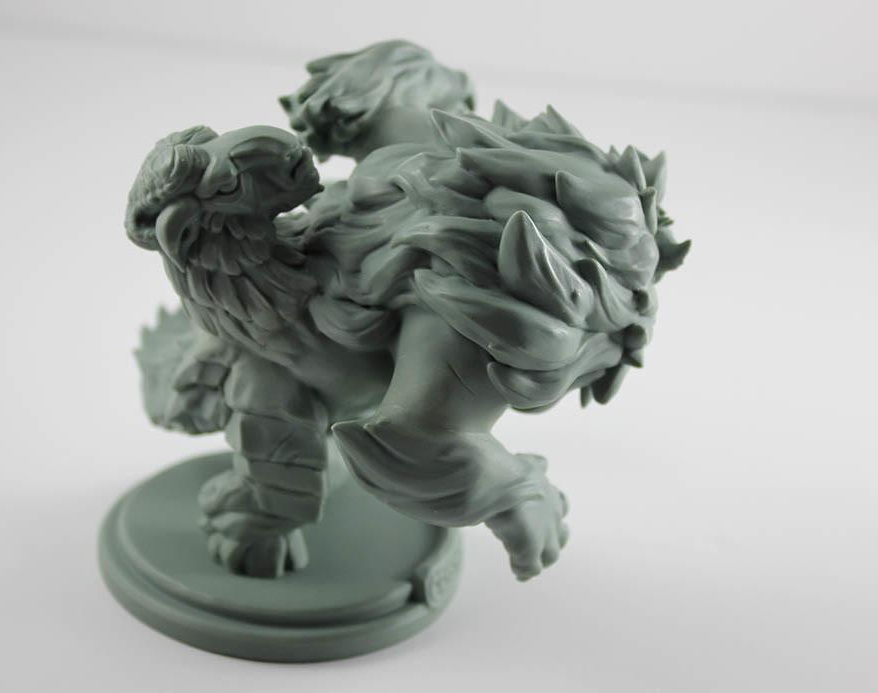 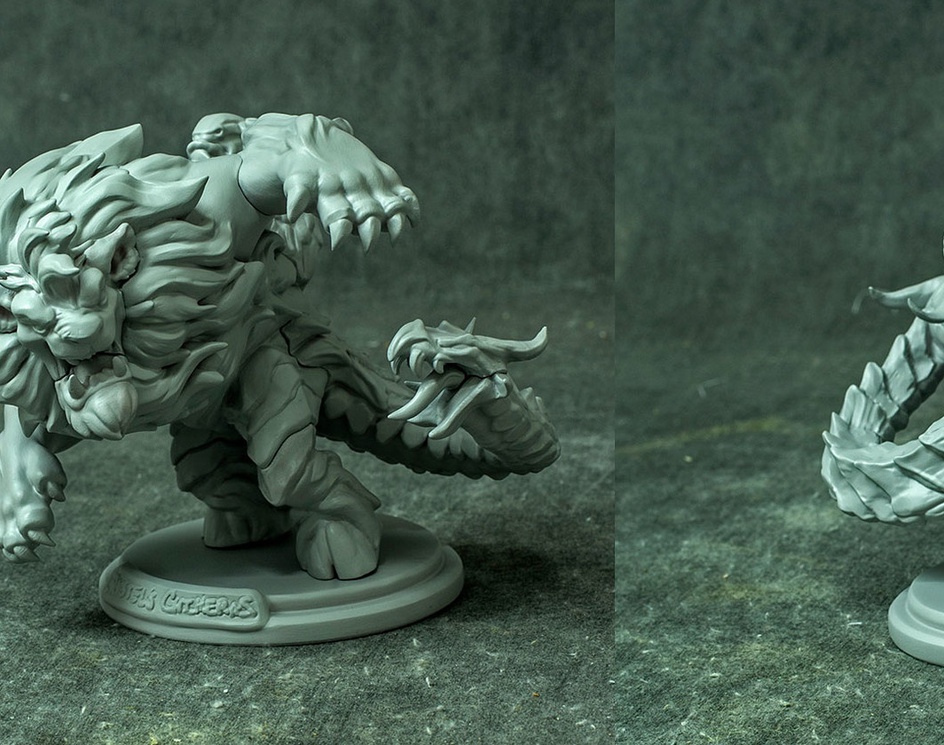 The first of my lineup of mythological creatures, the chimera. The chimera is from Greek mythology, a fire-breathing hybrid creature composed of the parts of more than one animal. It is usually depicted as a lion, with the head of a goat protruding from its back, and a tail that ends with a snake's head. I chose this to represent my company name because chimeras can be a reference to any mismatch of creatures :)

This was made as a digital sculpt, 3d printed, then mold and cast by ownage to be polyurethene figures.