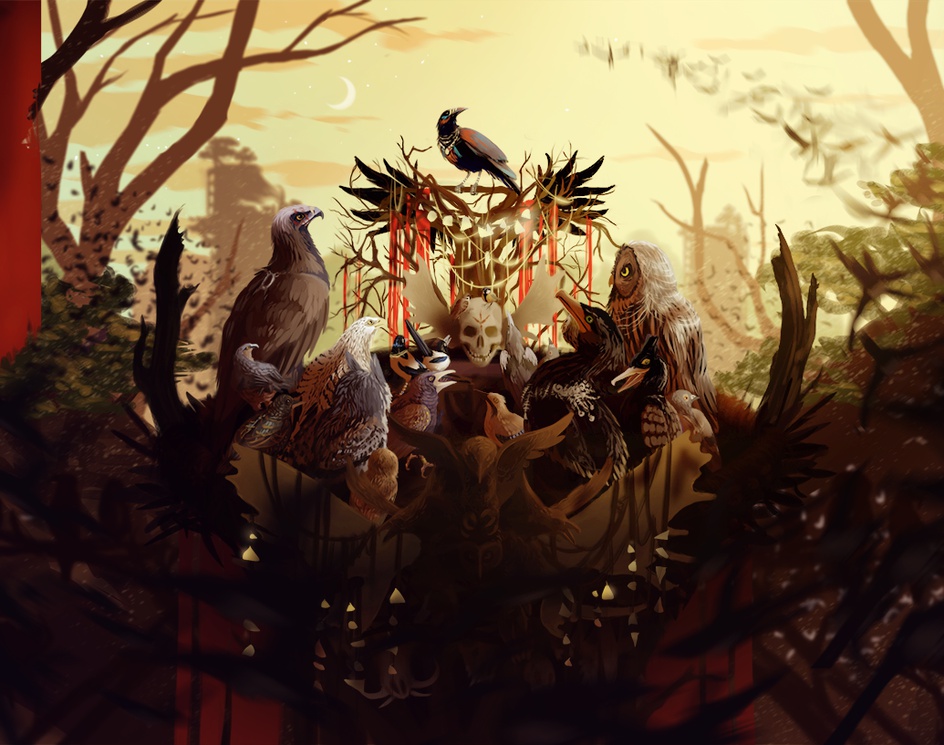 When I first read the theme of the contest, I wanted to do something scientifically based, some speculative evolution. But in the end, I decided to turn to the genre of fantasy, because I felt it would be more entertaining to create.
The setting was inspired by Kathryn Laski's "Guardians of Ga'Hoole" book series (which I loved when I was younger) and the movie "Legend of the Guardians: The Owls of Ga’Hoole".
To show birds as a dominant species, I imagined the future after mankind, when all of the mammalian species bigger than a mouse – including humans - have gone extinct, leaving the world to be inherited by birds. For some unknown reason, they developed intellectually and started communicating across species, which let them coordinate with each other and soon they were able to overtake the empty niches in the ecosystem left by mammals. They started to unite in tribes based on territory and their dietary needs, these tribes usually include dozens of species and are commanded by councils, which consist of the smartest, sometimes the strongest, bird species.
The picture illustrates the annual council of leaders of Northern Lands. They share news about their respective territories and how the different species have been interacting. All important decisions concerning Northern Lands are taken here. If any disputes arise, they are usually solved by treaties and votes. Still, wars have occurred throughout the centuries, but this is a story for another time...

You can find me on DA:
https://www.deviantart.c...
Have a nice day)