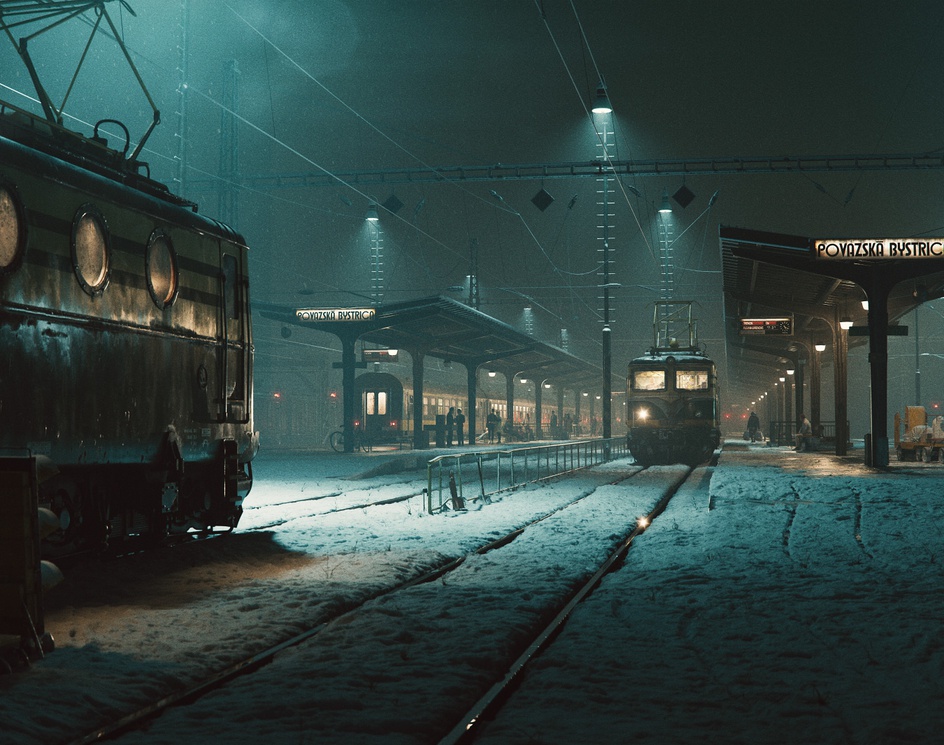 This image is a small childhood memory.We used train to visit grandparents and family in a small village in Slovakia. We had always to use 2 trains, express train first and later a local train which stops in all villages on a train route.
Povazska Bystrica is name of city where we waited for that local train. Especially in winter this station had its own foggy/dirty atmosphere. There was 2 ways how to wait. Inside of the railway station which was sometimes occupied with old drunk guys from local railway restaurant.
Or wait outside to see those iconic E499 locomotives in action - first electric locomotives in our country. Outside part of railway station had a one special feature - stink. Stench spread from local men's toilet, which was nothing fancy in that time. Instead of urinal there were just 4 tiled wall and a canal in the ground around those walls.
The smell around this toilet was something which haunt me until present..:D But now back to 3d :

When I started to work on this image, first I wanted to use my 3d model of locomotive I did 16year ago (image below) and create just some nice materials in Substance Painter.
But when I saw my modelling/mapping skill from 2005 - I decided to start from scratch :) What was interesting, 3dsmax opened this 16yrs old scene without problem, just Scanline renderer which I used then is missing now.