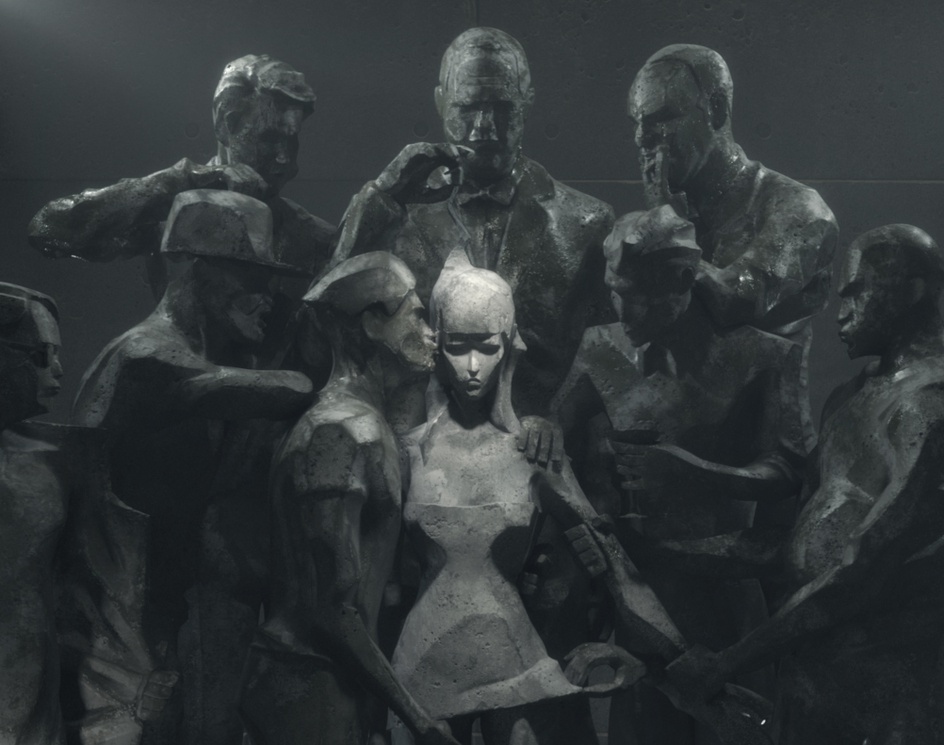 This is the second video of a short series I am making. Finding the aesthetics behind the social issues we are currently experiencing globally.

This one was mainly inspired by the #metoo movement. And the call-out of men and women across the world, victims of sexual harassment.

Here is an overview of the creative process behind it:

The main piece takes the shape of a pyramid of perverts, forming an allegorical hierarchy of persecution.
From the petty fondlers and harassers, at the bottom. To the devious and manipulative big shots, at the top.
Some trying to accaparate the woman for themselves. Some united together, in a sinister effort to humiliate her.
All In a flurry of overwhelmingly libidinous power, towards what they obviously consider a mere sexual object.

Regarding the circle of characters surrounding it. It is both a metaphorical representation of us as a society, and a recursion, of an hypothetical audience, attending the installation, from their own point of view.
All of them trying to turn a blind eye on the direct issue, or rather threat, that they are experiencing.
In a vain attempt to coward away from the scene, they only find themselves hopeless, in front of a mirror.
Constrained to watch the tragedy, but also contemplate their own reflection.

As a final word. I would like to clarify, that this is an issue I have only been exterior of. At least to some extent.
This is not me, speaking in the name of oppressed women. But rather my own harsh perspective as a man. Based on observation towards beings of my own gender.