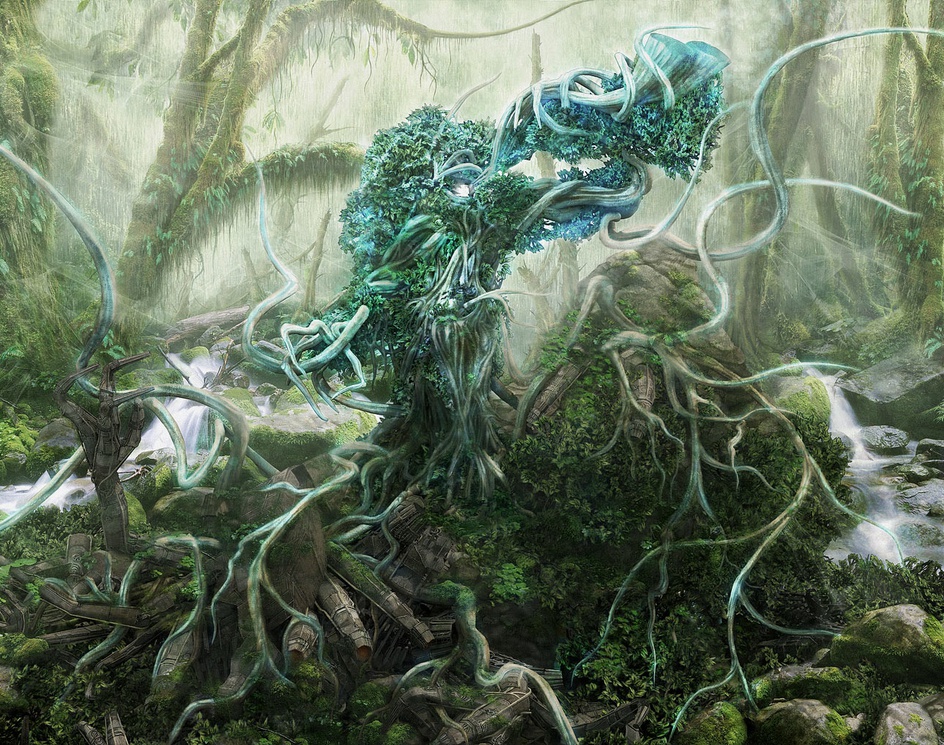 This is actually the third (and last) piece from a small series I started some time ago, which represents a battle between two opposing races: a mechanical one and organic, Ent-like forest creatures.

In the first piece I tried to capture the actual ʽfirst encounterʼ between these two opposing forces. The second image represented the end of the conflict, when the mechanicals gained victory. And then this one shows the second alternative ending of the conflict, in which the forest creatures are victorious.

Modelled & rendered in 3ds Max/Mental Ray. Textures were part of the post effects; matte painting, compositing and additional corrections were made in Photoshop.