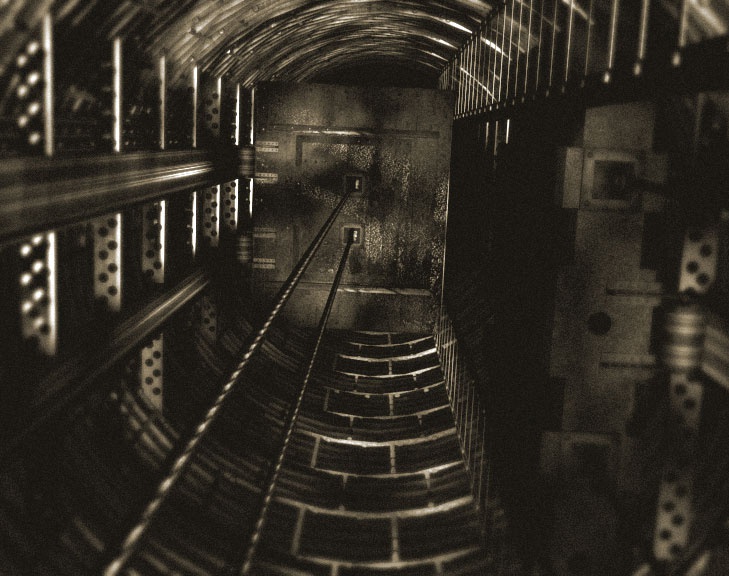 Created entirely in max for an underground lift shot in a short British Film. The film is shot in an old underground tube station where the real lift no longer exists. Should be shown on the BBC later this year. Look out for it! titled 'Subterrain'