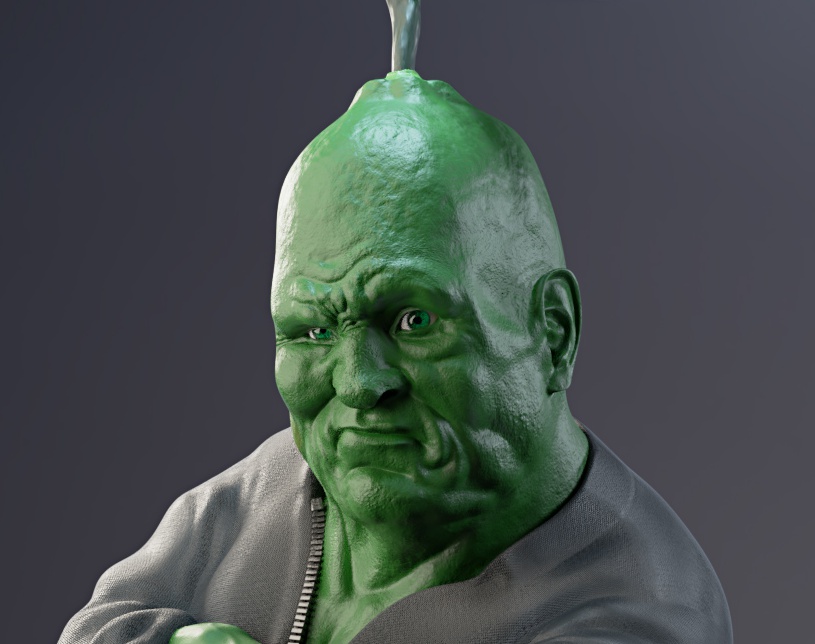 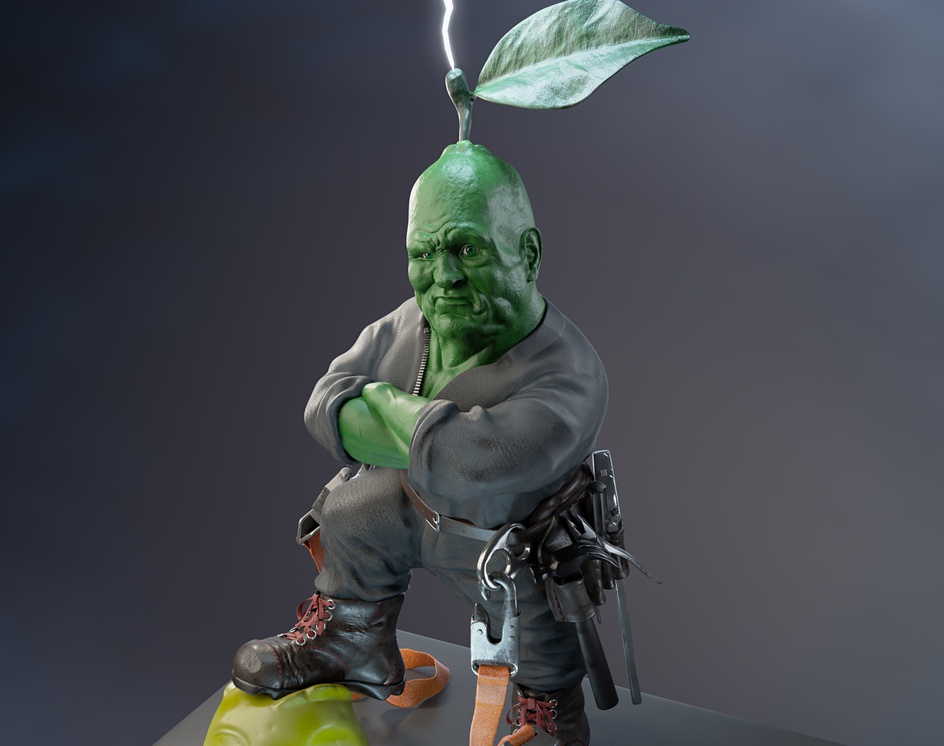 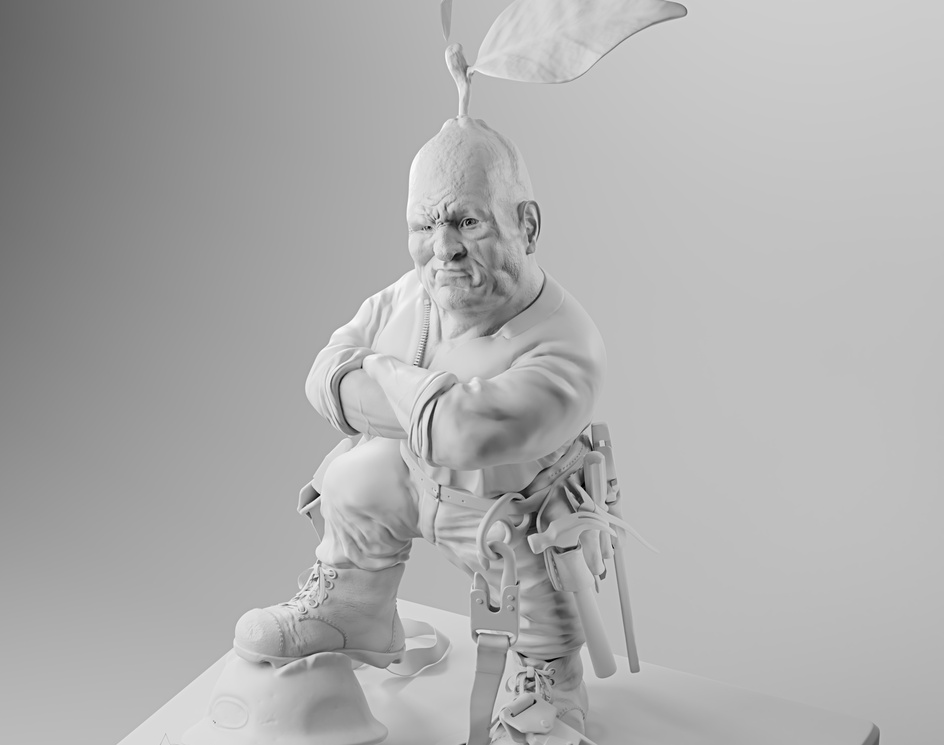 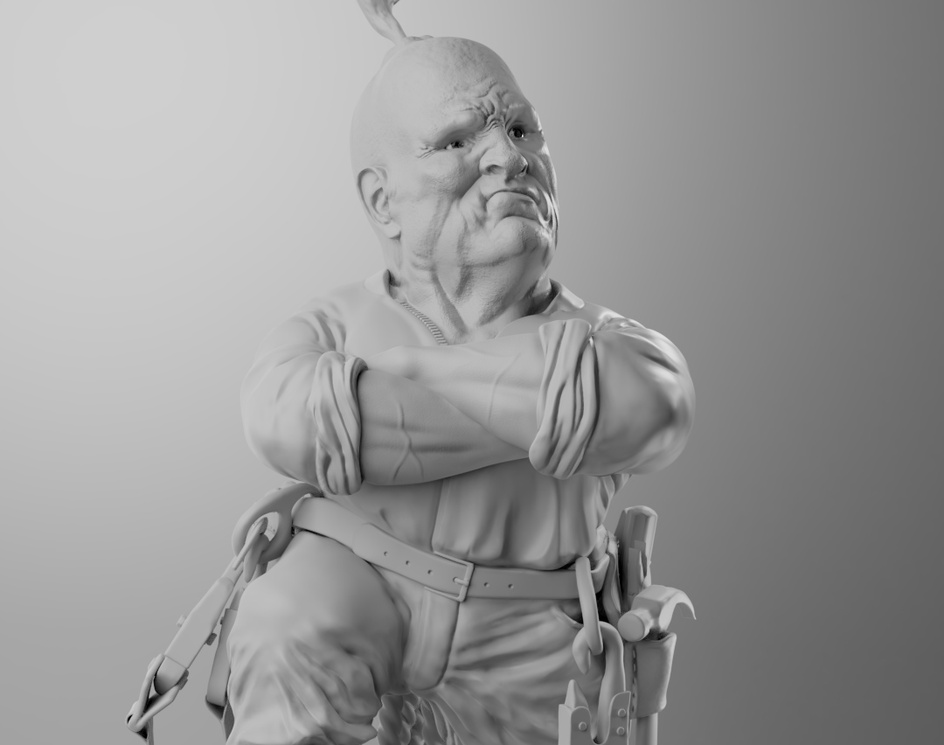 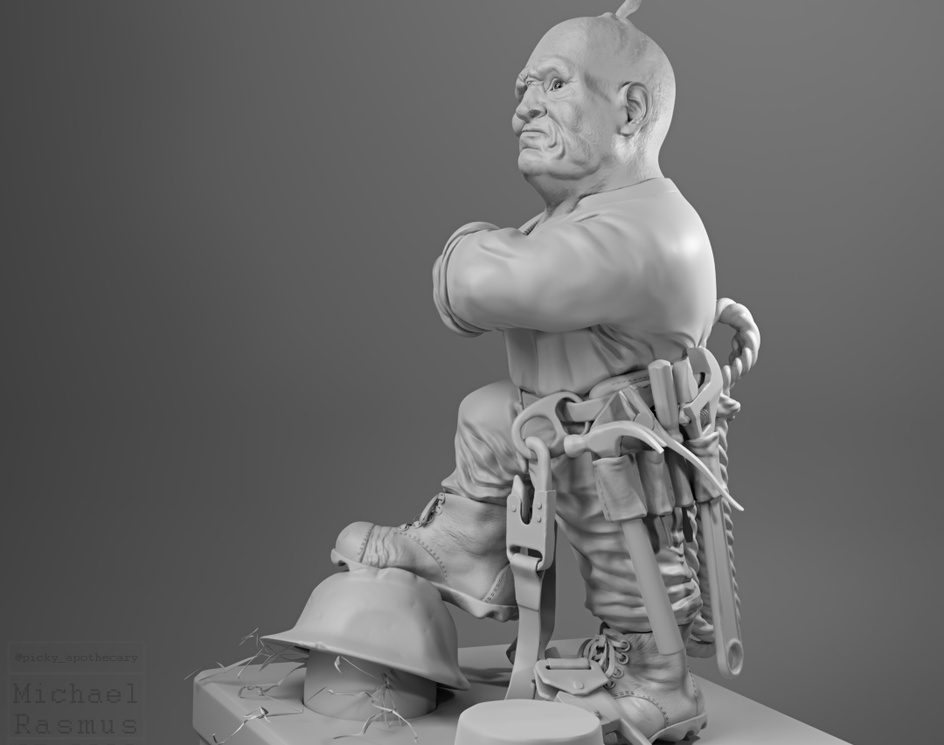 This is my entry for the SIZ Veggie contest.

The theme was to make a character from a veggie. I wanted to make more than a character, I wanted a hero. Even more than a hero - a working class hero! I have started with the idea of a potato, as potato was feeding most of the humanity for such a long time... but potato is ain't that sexy for a character base. You know , artistically wise, there is not that much happening. My next idea was an onion, as it saved Europe's ass in middle ages, and also was used in spiritual rituals. Onion is one of the longest cultivated vegetables in the world, easy to grow, easy to store. But this was not enough. And I have found citruses... Two lemons can produce 1,5V electricity. Equivalent of AA battery. Now this is something! I took a key lime, for the color.

So here he is - Mr Lee Monterro. As he works with high voltages, he is equipped as a lineman. He is very serious man, 'cuz electricity is no joke!

Modeled/sculped in zbrush. Textured and rendered in blender cycles.

You can find some work in progress images on my instagram https://www.instagram.co...