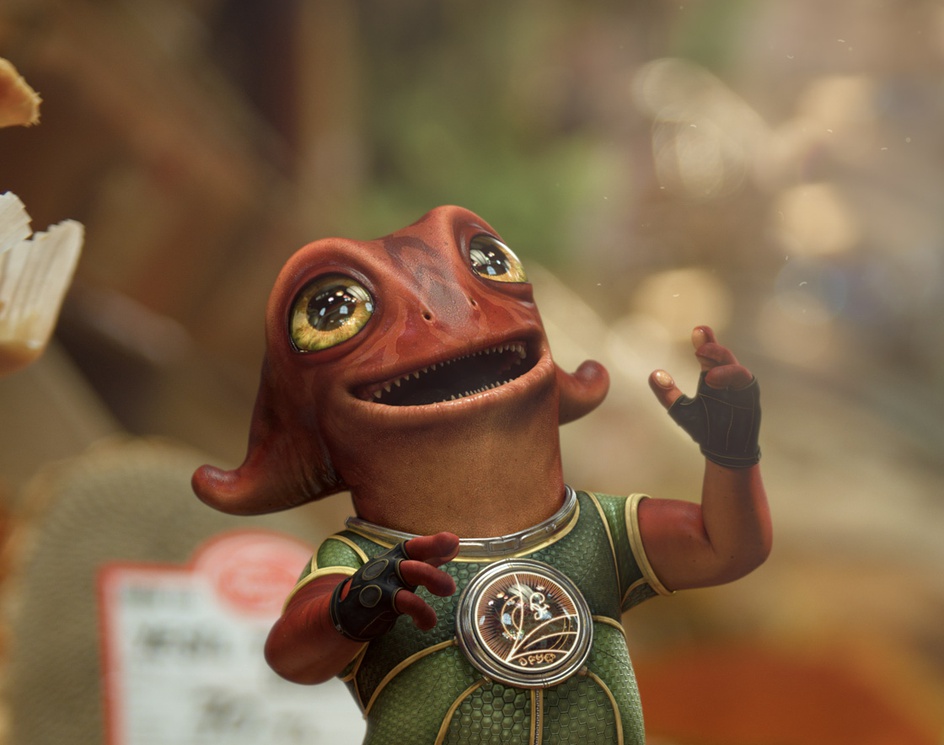 Here is a character I've been working on for a wile. His name is Lumok, he is the main character of a short movie that we are working on at the moment with my team and which will take place in Istanbul. Our small alien is coming to this historical city to chase a mysterious treasure. This picture depict the moment were he finds it.I hope you'll like it! The plate is a photograph shot with my canon 7D. Only the character is full 3d There is a tiny bit of correction on the photo but it's mainly strait out of the sensor. The short film will be done with live footage and integrated 3D. Rig from Ceyhan Kapusuz Concept and realization from me