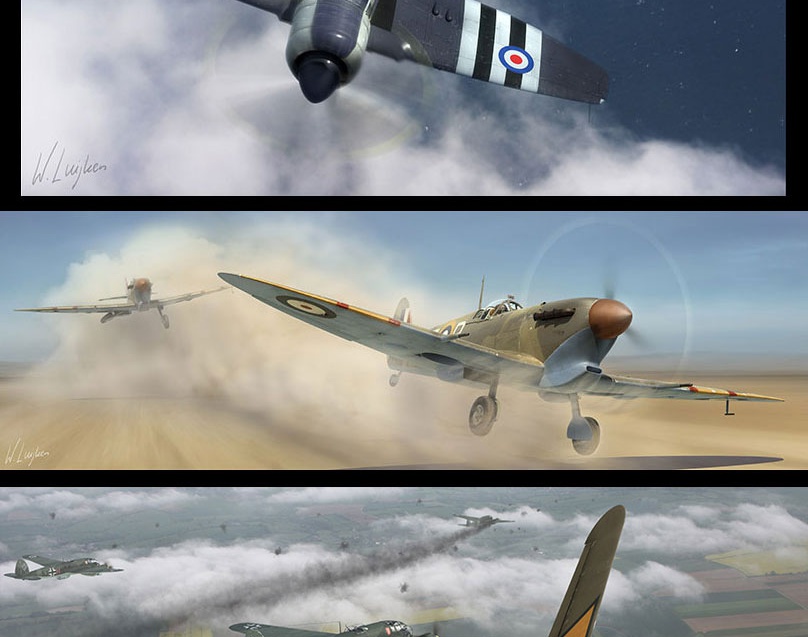 Image 1: Furball - This image depicts a dogfight between Supermarine Spitfires and Messerschmitts Bf109E during the Battle of Britain. This piece has been created for the anniversary of the Spitfire this year. All the models, background, textures and rendering have been done by myself. This image is
part of an aviation art exhibition at the Militaire Luchtvaart Museum in Soesterberg, The Netherlands.

Image 2: Tough Landing Ahead - These sea furies are close to their home, HMS Ocean. They are returning from yet another hairy mission over Korea, having faced furious flak. There are new dangers ahead, trying to land a damaged aircraft on an aircraft carrier, the hydraulic fluid is escaping through a rupture when the flaps are lowered. Will the flaps still come down and the landing gear lock into place?

Image 3: Desert Spitfires - Two tropicalised Supermarine Spitfire Mk.Vs take off from their desert airfield. Ready to meet their adversaries over the burning north african sands! All the models, background, textures and rendering have been done by myself.

Image 4: Mower on the Prowl - This is a depiction of the Fokker G.I.a 312 flown by P. Noomen with H. de Vries as gunner. It started as first G.I.a during the bombardment of Waalhaven (Rotterdam) airbase on the 10th of May, 1940. After shooting down 2 Heinkel 111s it landed back at Waalhaven with a punctured fuel tank and the right engine stopped.

Image 5: Vertigo - Spitfires of 64 SQN coming down in a dive to attack the emil escort of a
large fleet of Heinkel 111s.