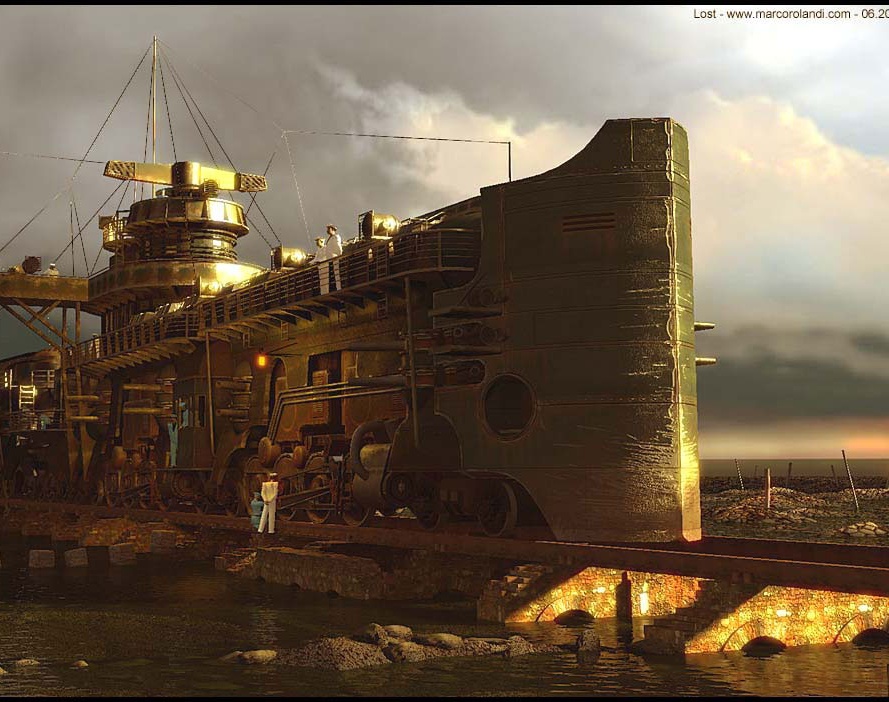 This is an old story. It's a story of war and disillusion. The world has been completely covered with water, leaving behind only marsh and mud for
the men to live in. Two cities survive and fight for the ownership of the remaining land. In this world, no roads, no other mean of travel remains other than steam trains and an ancient submerged network of tracks. In the picture, One small tender (the bigger ones are like moving fortesses) lies
in the middle of nowhere, completely lost. On the left a few officers look around trying to find some landmark, other officers watch helpless. Meanwhile a few workers try to figure out a problem with the wheels. Model comes from the late 90s, modeled with vectoworks and then customized a bit with 3dsmax. Texturing in Photoshop. Environment made in 3dsmax. Sky is 360 environment picture hand made in photoshop.