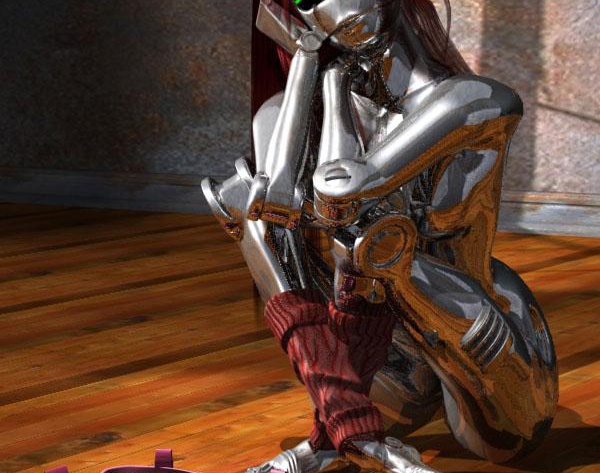 This image was inspired by a drawing called Cyberdance I did in the late 20th century, 1994 to be exact.
I remember then that doing the shiny metal effect was the most complicated thing to do.
Now it's everything else except the shiny metal part !