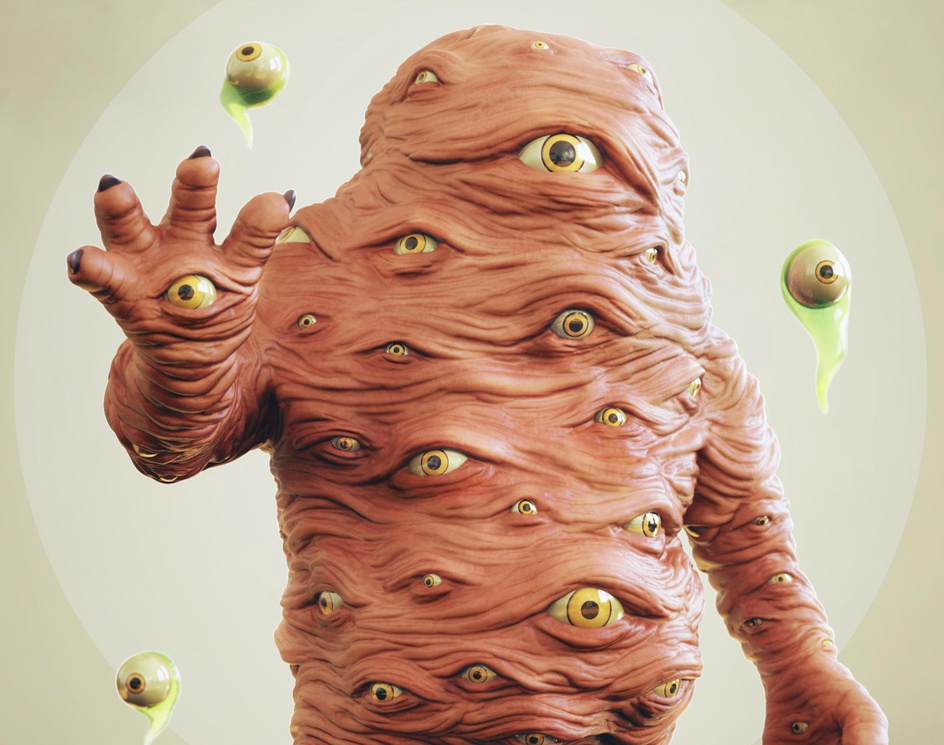 Like their name suggests, hyakume are covered from head to foot with countless blinking, yellow eyes. Underneath those eyes are fleshy, roughly man-sized bodies. With their eyes closed, they resemble pink lumps of flesh, and are nearly indistinguishable from nuppeppō (which live in a similar habitat).
Hyakume make their homes in old temples, guarding them from would-be thieves during the night. During the day, the sky is too bright for their many sensitive eyes. They only come out at night, spending the lighter hours in dark and shadowy buildings where few humans ever go.
Hyakume are shy and try to avoid human contact. Should a human come within a few meters of a hyakume, one of its eyes will detach from its body and fly towards the person. The eye sticks to the person’s body for as long as he or she is in the area, keeping an eye out for criminal activity. Eventually the eye will return to the yōkai when they perceive there is no danger. When hyakume feel threatened, they jump out of the darkness in a menacing manner.
They are not particularly violent and rely on their size and fearsome appearance to scare humans away.