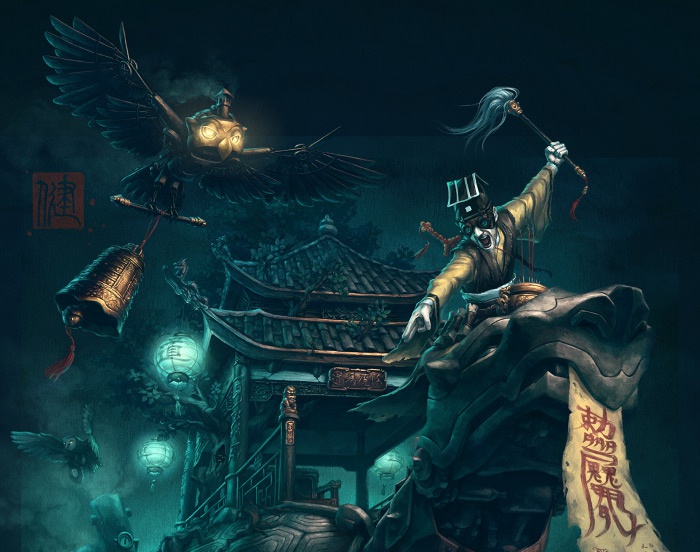 From the Imperial Steam and Light series. The Exorcist combined the brute force of his steam powered mount and traditional Chinese black magic to repel the undead. He preforms a ritual at the altar atop the head of his mount, while a family of pet owls employ charms, a golden bell, and Taoist mirror to enfeeble the horde.