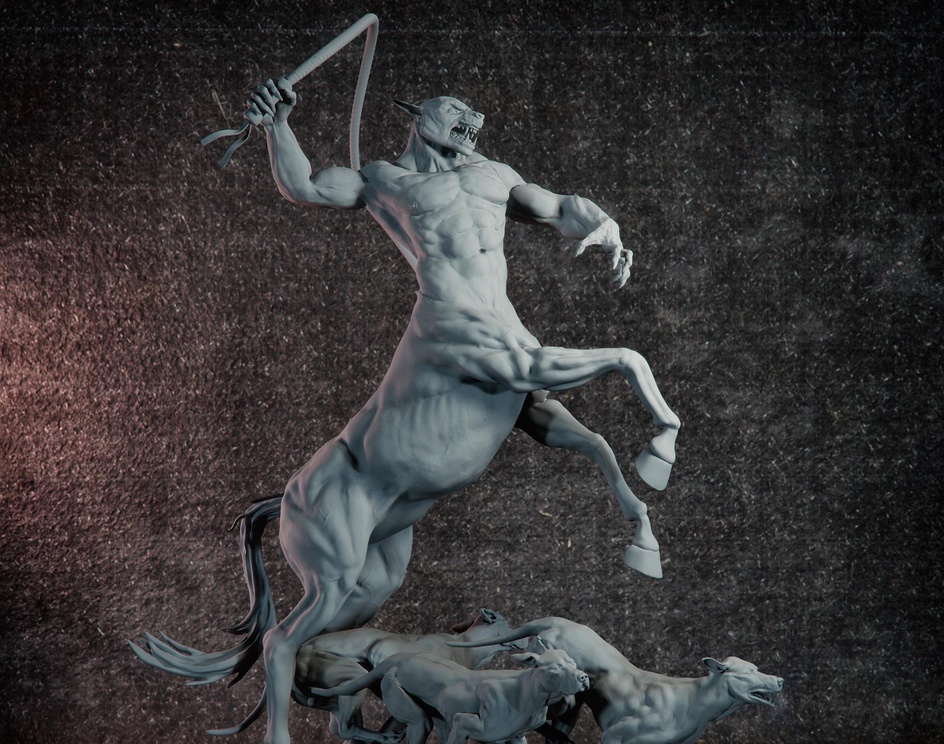 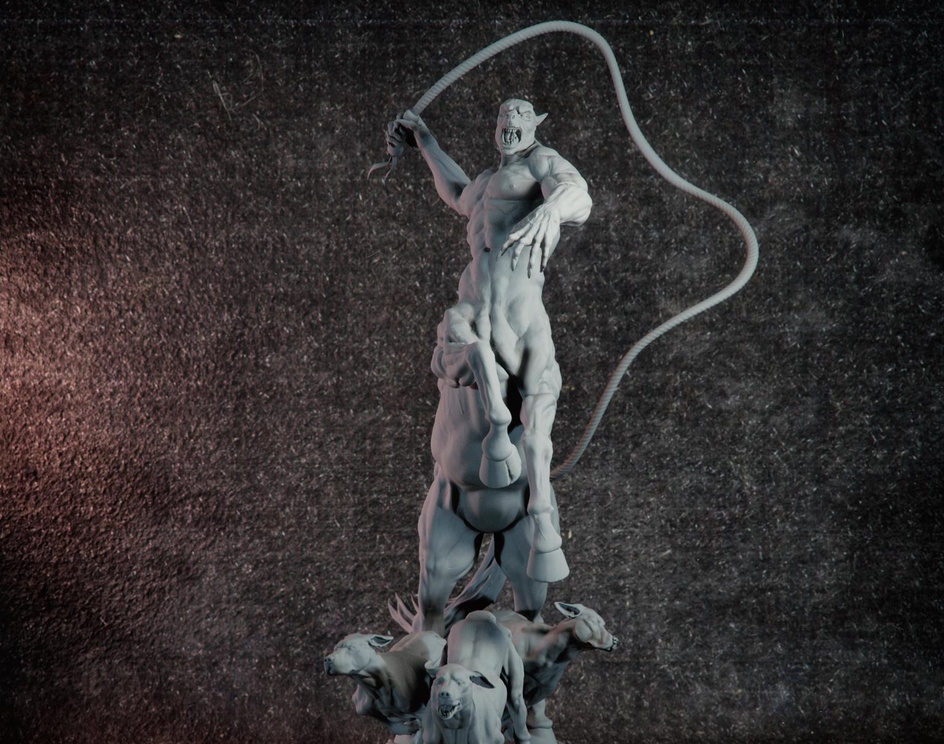 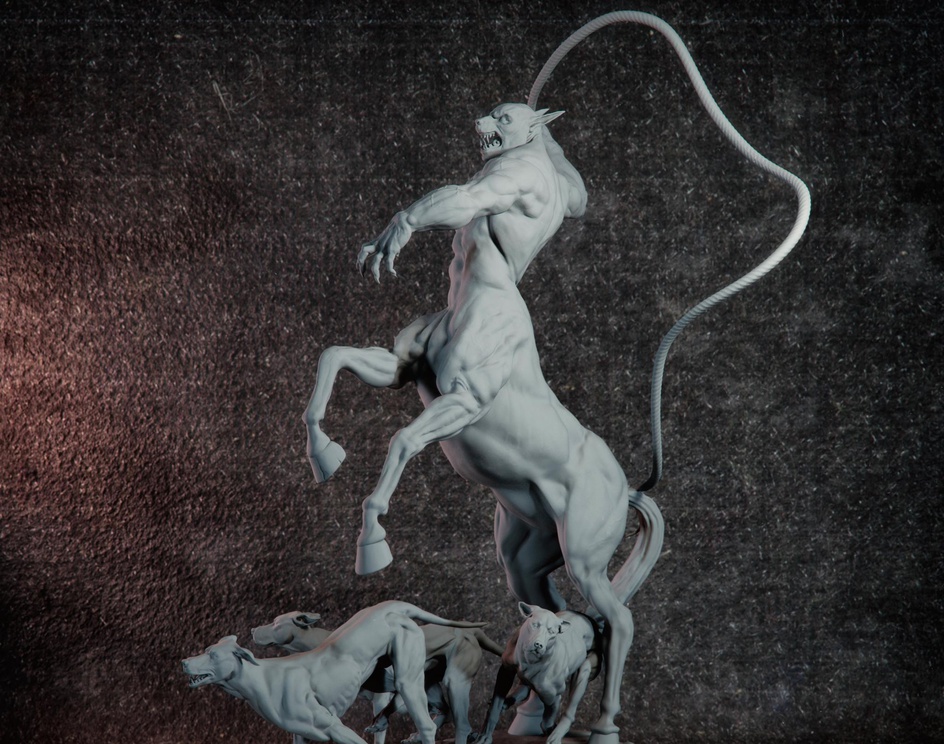 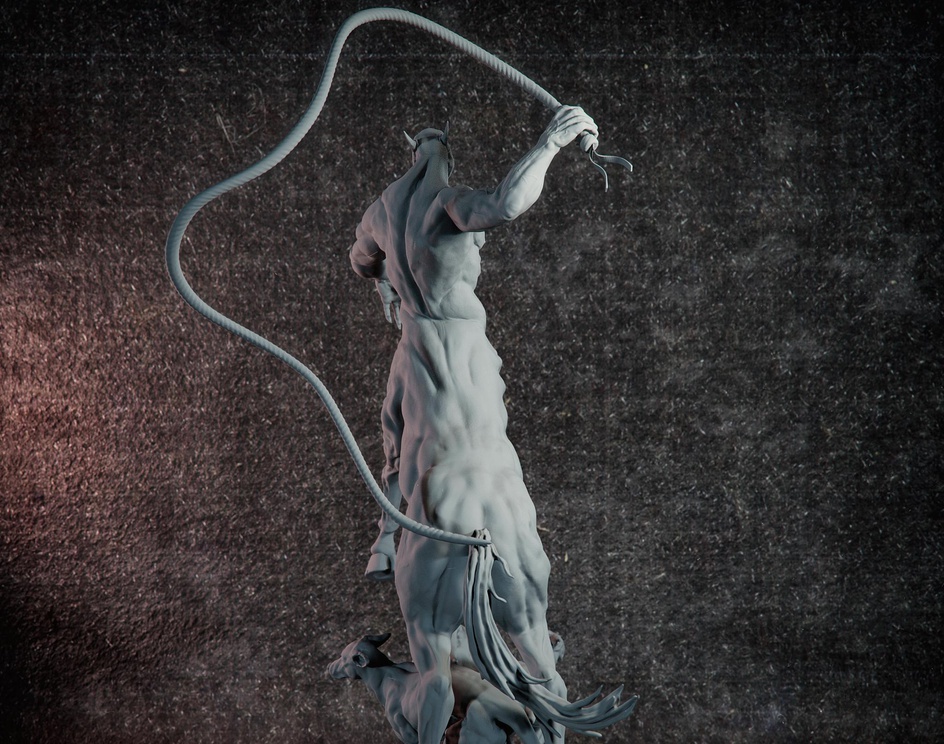 Besta-Fera - 3D print model
I made this model for the first 3D modeling contest of the 3D printing group Brazil.
The idea was to model the Besta-fera Myth of Brazil, which in some articles reports that she is a being that mixes the myths of the headless mule, werewolf and the devil. According to legend, she usually appears accompanied by several dogs, making a lot of mess, and floggers the animals that lie ahead.
It is worth mentioning that for the sake of making the piece more interesting, I modeled the dogs (and a bit of the face of the beast) resembling the breed named Xolo, which is the species that originated the aesthetics of the ancient Egyptian myth of Anubis. Playing a little with the myths of various cultures, such as centaur, Anubis and etc.
I just used Zbrush for modeling and Arnold for the most realistic renders.