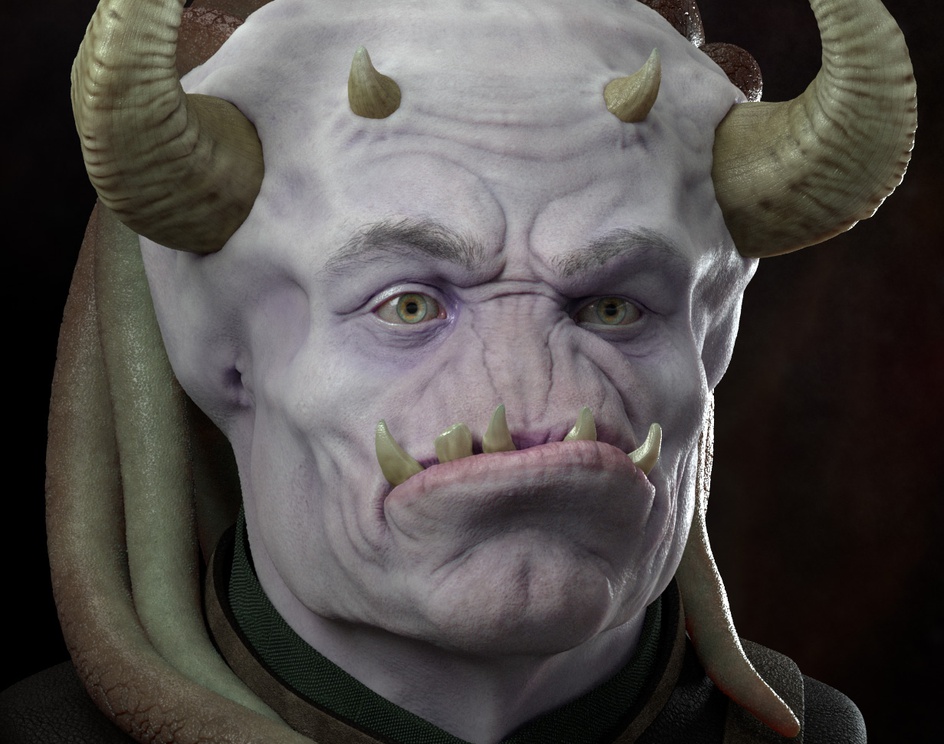 This portrait started out with the idea of a shamanistic, primitive character. However, as the sculpt started taking shape, his character transformed into a more statuesque, while still rough, type of persona. And in the end, into our rogue looking alien privateer here. This started out as a speed sculpt from a simple dynamesh sphere in Zbrush, with the separate parts like the horns and the hair tentacles being added along the way using the curve brush (for the hair, horns) and shadowbox (teeth). The costume was blocked out in Maya, and had its displacement maps painted directly in MARI. After retopology and UV-ing, all of the parts were brought into MARI for texturing, then to Maya for shading and rendering in Arnold. The objects using SSS in their shader, utilizes diffuse maps (epidermal), dermal maps, subdermal maps, specular maps, oilyness maps and two sets of displacement maps (main from zbrush, fine displacements from MARI).