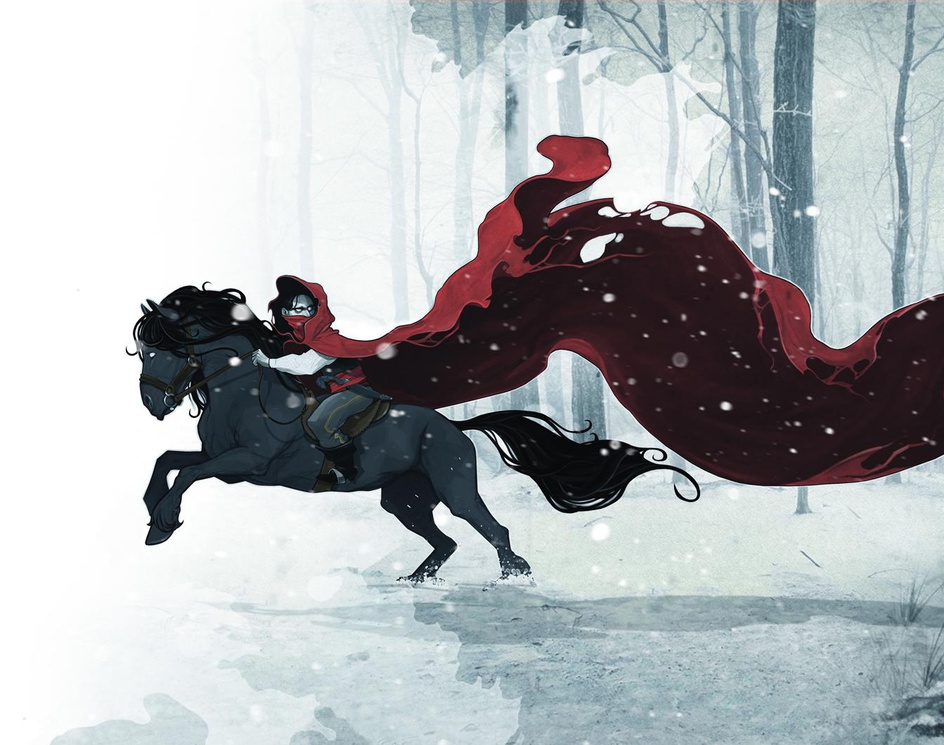 This is one of the illustrations i did for the third, and final book of Serbian Mythology trilogy called: "Rebels - Witches and Vampires". "When dark night covered the earth, the village and its inhabitants retired to their houses, Trivun saddled up his stallion. Christmas was coming, and under that little piece of moonlight was a bluish crisp snow shinning. Kalaba was riding slowly, he bridled up the stallion as if afraid of hurting the silence and serenity of the night. He visited the crossroads, cemeteries, entered the forest, but soon forgetting why he was doing it. He followed the flight of the owls, listened to howling of wolves, and foxes barking in love …"