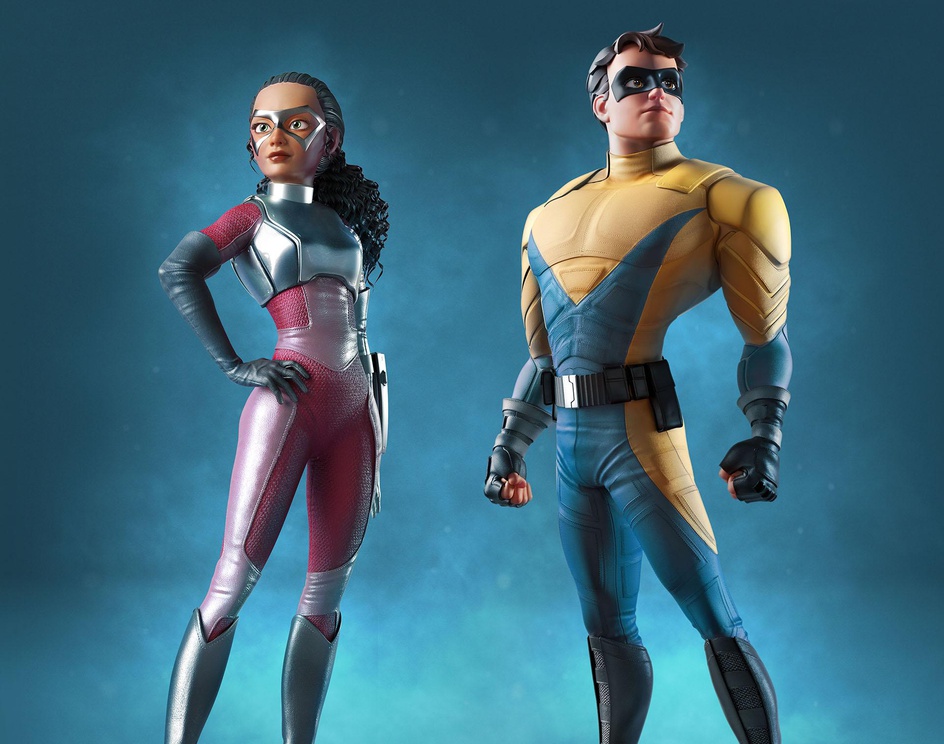 This image is our most recent project at notan studio. I was responsible for the concept of both characters, modeling the male character, and also texturing, lighting and post production in both. The female character was modeled by Abrao Arajo and the rigging was made by Eduardo Baroni.