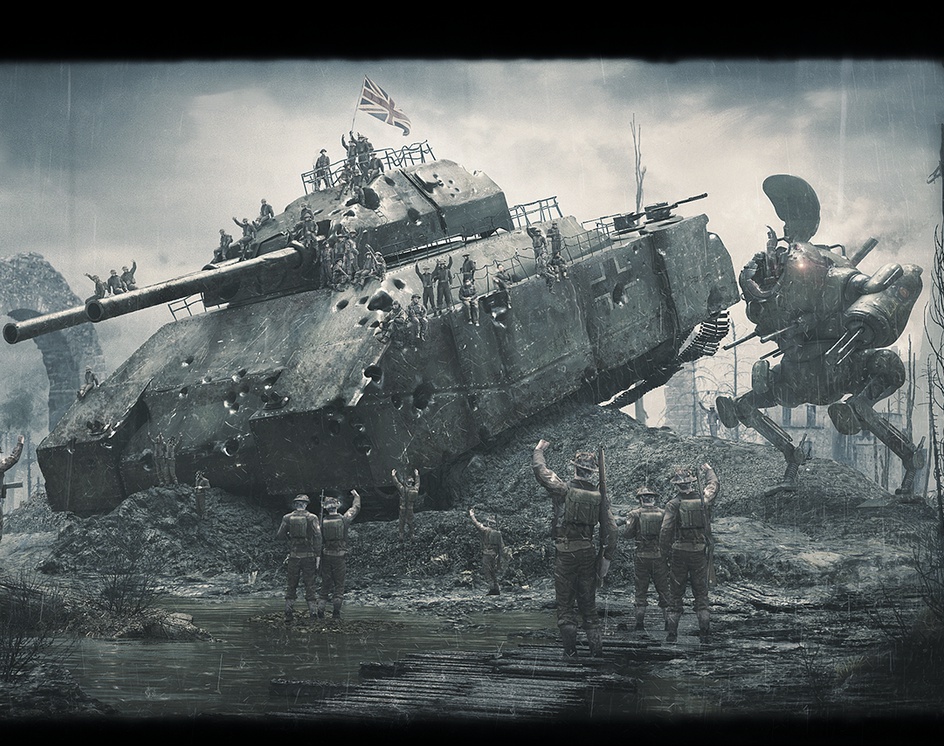 “Victorious” is inspired by true events. During the second world war Hitler wanted an anti-aircraft turret from a battleship to be mounted onto a tank, effectively building the biggest tank known to man. The German military arms manufacturer Krupp drew up plans to build the “P 1000 Ratte” armored tank. Had it made it to production, the P1000 would have been the biggest tank ever build by man, even in the modern age. “Victorious” assumes the viewpoint that it did make it to production and tells the story of how the Allied forces toppled “the biggest goddamn tank ever build by man”. In 1941, the then unbeaten German forces became invincible with the P1000 at the helm. It enabled the Nazis to take a city with ease. With the Allied forces at their wits’ end, they turned to a rag-tag team of gung-ho engineers to come up with a plan to stop the P 1000 form inflicting further losses in the European theatre of the war. They accurately pin-point the P1000’s weakness to be its mobility. 35 Meters in length with a weight of 1000 tons she is a heavy girl to move around. The British engineers develop “Operation Grasshopper”, a program to build the world’s first militarized mech. The strategy is simple - lure the P1000 into a muddy mess of a terrain knowing that it will greatly hamper its movement and provide an opportunity for the mechs to pounce. Heavy artillery canons is set up on the outskirts of a city under siege. The Germans feeling invincible send in their panther to end the fight. One can only imagine what their faces might have looked like at the first sight of the Grasshopper T-40 mech. Though the Allied forces lost one mech in the battle, they won the fight and the war took a mighty turn on this day April 13th, 1941, a few months before the Russians would secure victory in Stalingrad. Long after the war a few of the case files were declassified, seen here is a photo taken from the window of a tank the moment the British forces claimed their first victory against the Ratte P1000. Soldiers united on the carcass of a once invincible foe.