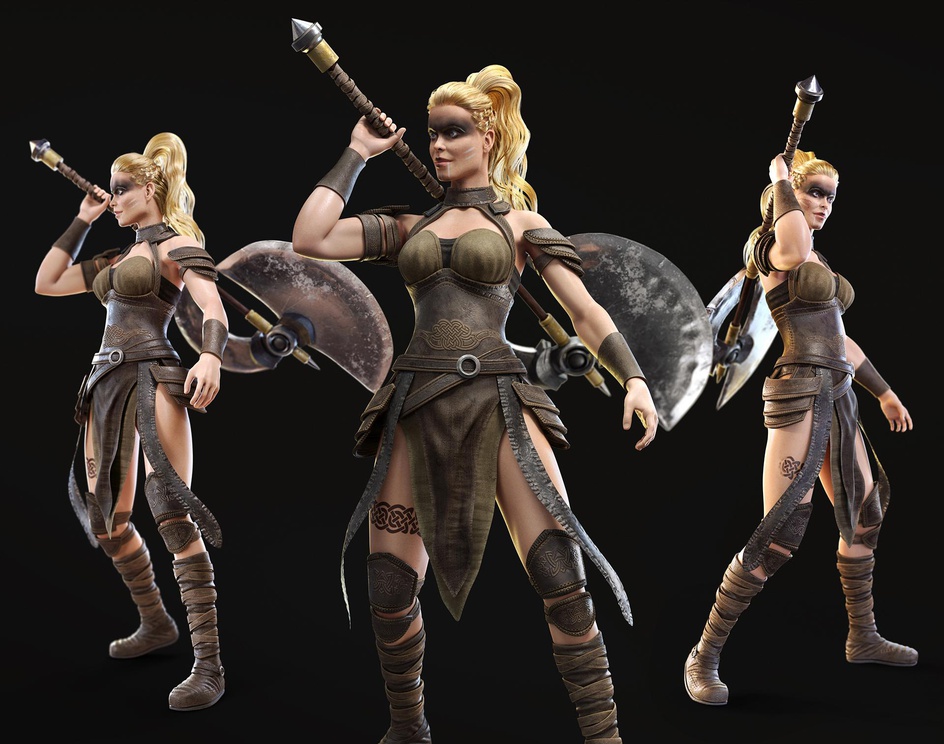 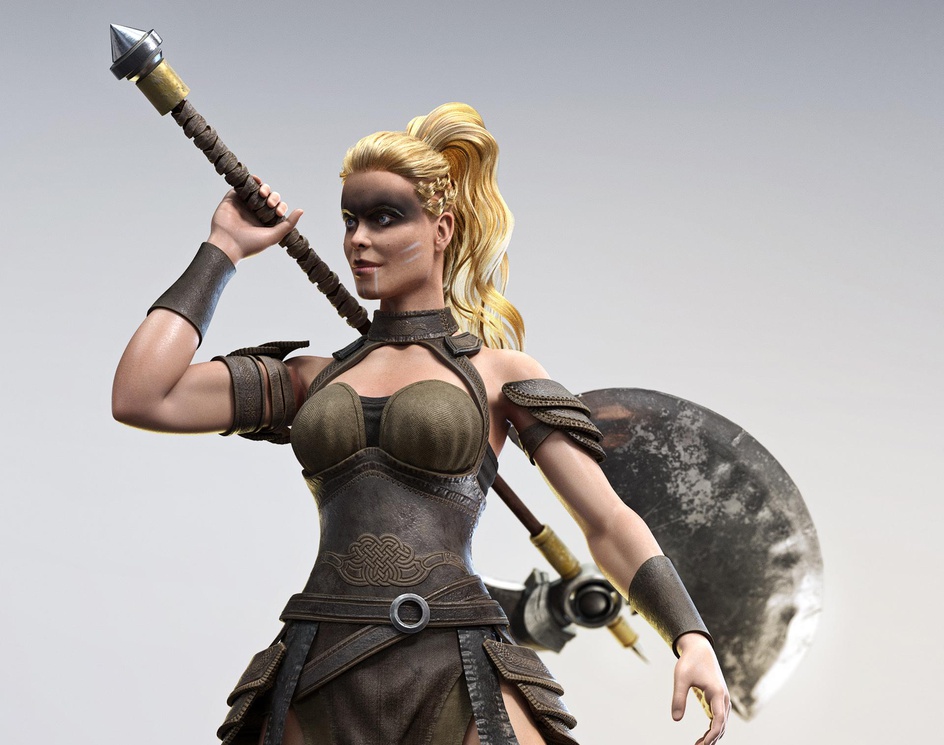 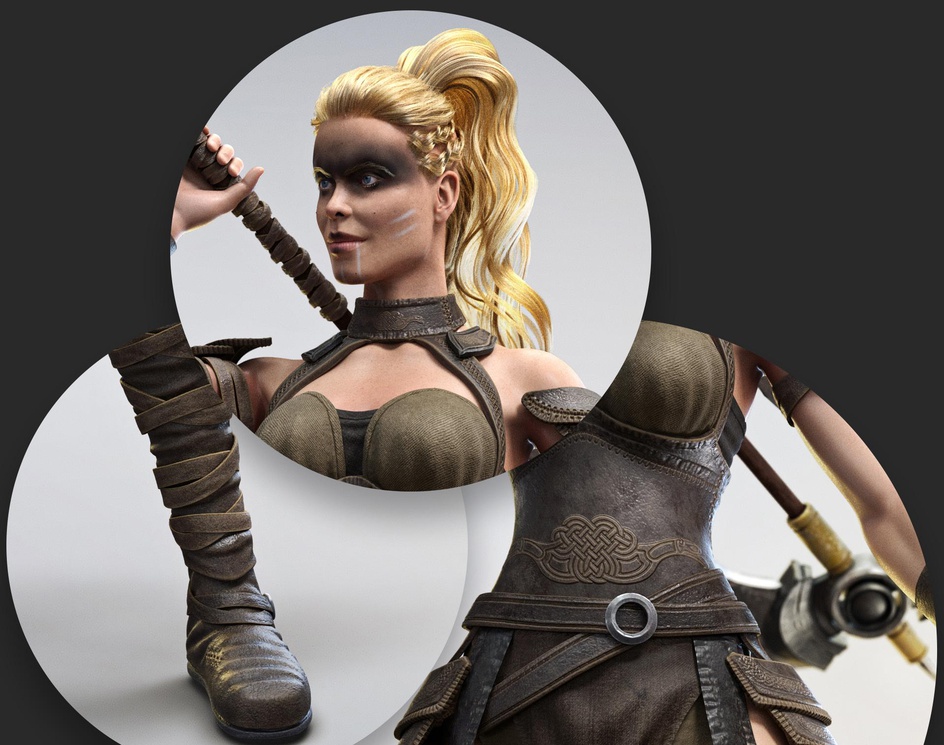 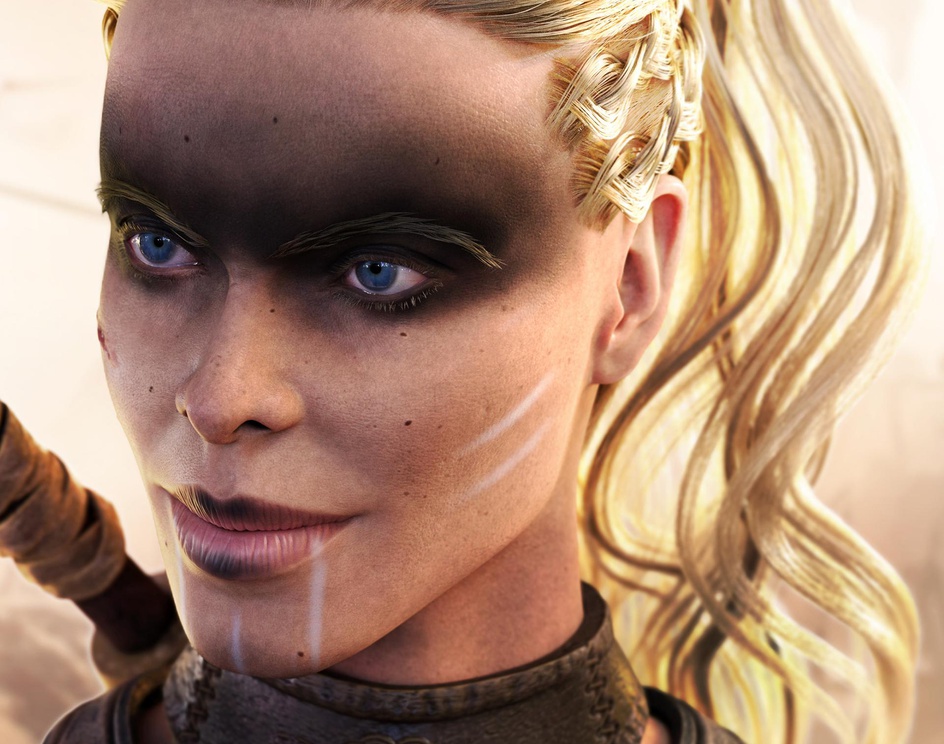 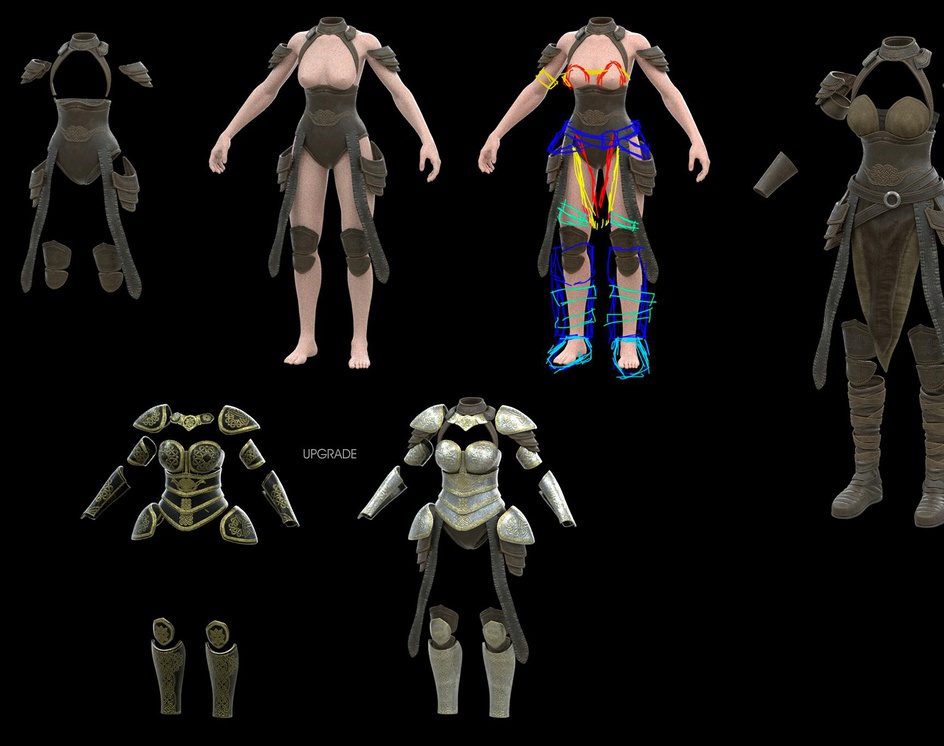 Character created for game development in Gilberto Magno's course.
I already had the development of this character for studies of texture, anatomy, topology and so on. Idea was taken from several references and creating something without starting from a specific concept.

I used a lot of references from Brunhilde
(Norse: Brynhildr, in Norse mythology, is a valkyrie, one of the main characters in the Saga of the Volsungs and parts of the Poetic Edda.)