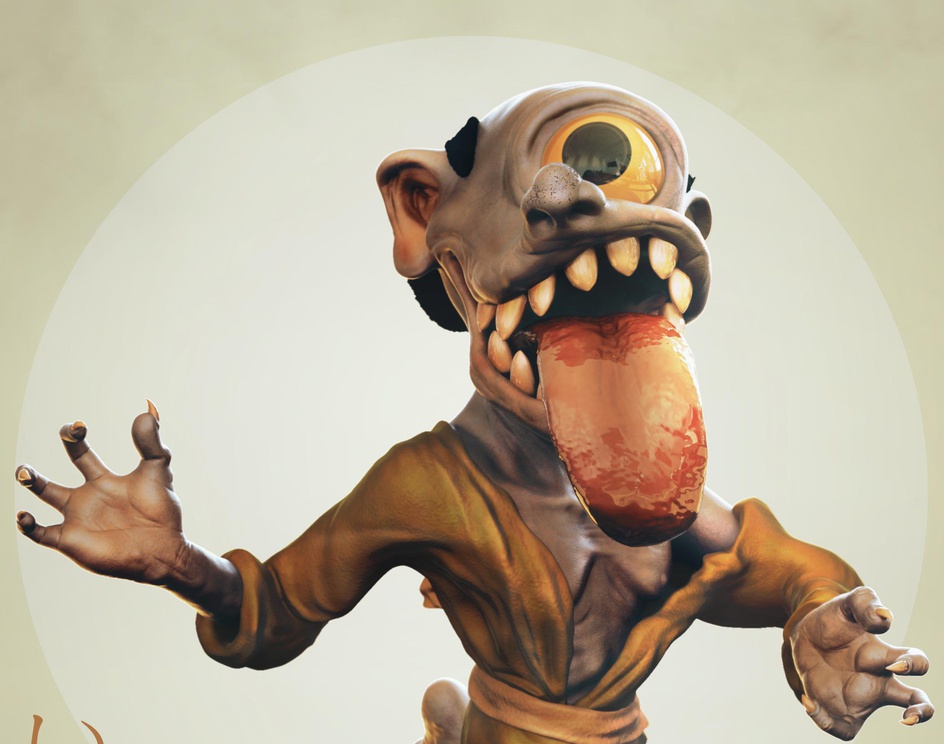 Isogashi is a blue-skinned monster with floppy ears, a big nose, and a massive tongue which flops out from its mouth. It runs about frantically, as if it had a million things that it needs to do. It is a type of tsukimono, a class of yōkai which possess humans.
Humans possessed by isogashi become extremely restless and unable to relax. They constantly move about, doing things. However, this is not an unpleasant feeling. On the contrary, people possessed by isogashi feel a sense of security in getting things done. Sitting around and doing nothing at all makes them feel as if they are doing something wrong.