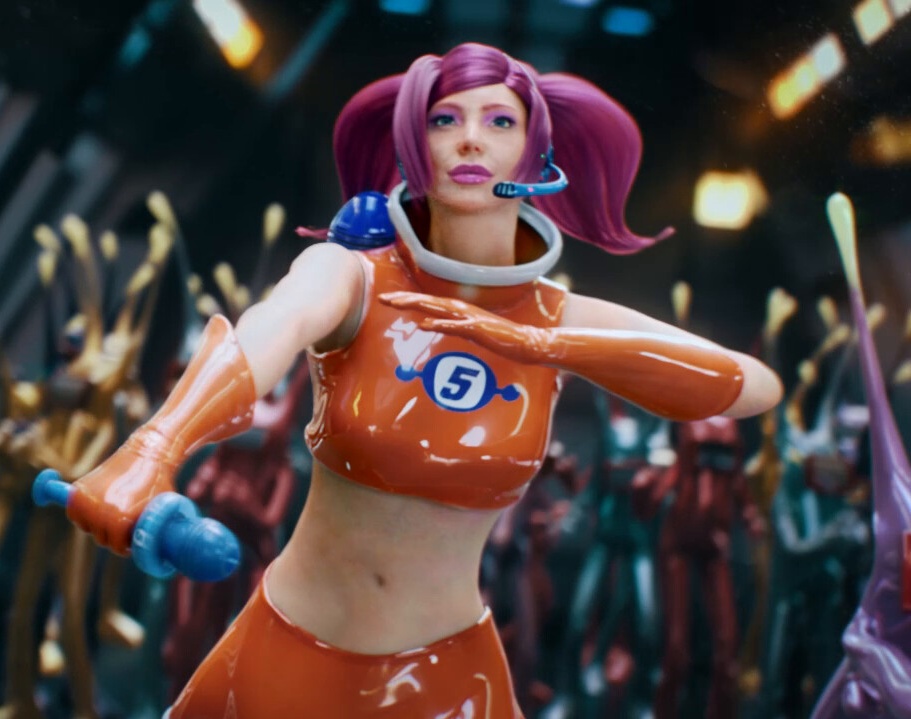 https://www.instagram.co...
This project started roughly 3 years ago, originally was meant to be just a single image, but during its development it just got bigger!
Long time ago , A favourite music group of mine, Perfume released a mocap session of their dance routines.
This happen around 2012 and I've just had the files and really wanted to use them.
When I was developing the modelling of Ulala, the character featured in the video I started to have the idea of using that motion capture on her.
So I've had to learn Motion builder and transfer the data into a Human IK, at the type the file formats where .bvh.
This video project is a one-man-band love project.
I did everything except modelling the spaceship and Dj deck, as they were models I bought .
The process was heavy documented on a dedicated Instagram page
https://www.instagram.co...
During the process, I've improved myself how to manage a full CG project.
All the animation,shots and planning were all sorted before even pressing render.
Software used to achieve it ( not by any order in particular )
Maya -Modeling, Rigging, Camera work, Animation
Motion Builder - Animation
Arnold GPU and CPU -Rendering
Houdini - Cloth Sims, Uvs, Crowds
Mari - Textures Xyz Textures workflows
Substance Painter- Textures
Mixamo -Animation
Ikmax: rigging Maya
Nuke - Compositing
After Effects- Intro/Outro
Affinity Photo- Editing/Painting DMP
Gimp - dealing with SVG files
3d camera control - Iphone App for ar cameras
Resolve - Colour Grading and edit
Clarisse - Early rendering
Unreal Engine- Early rendering
Topaz - some upres test
Dain App- motion interpolation tests
Handbrake- converting video file formats